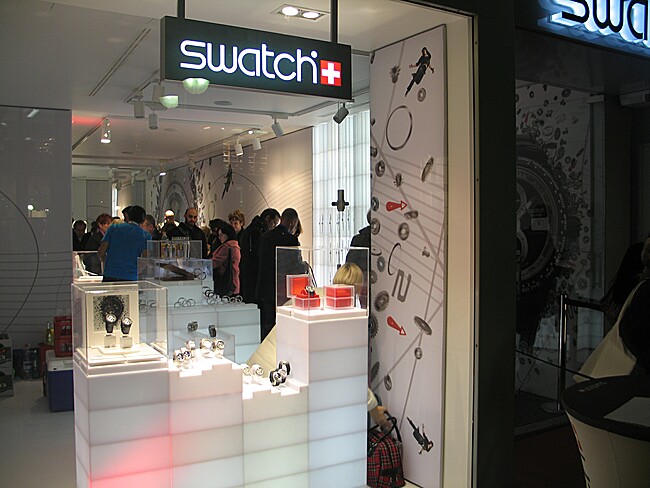 A new Swatch Store has opened its doors in Frankfurt, Germany, in the heart of the city:  Neue Kräme 25-27.  It is the first Swatch store in Germany featuring the new Ice Dunes concept.  On 30-OCT at 6pm, a party organized by Swatch The Club Germany took place at the store.  About 30 club members from all over Germany (and the Netherlands!) joined the party.  Here are a few impressions from the party: 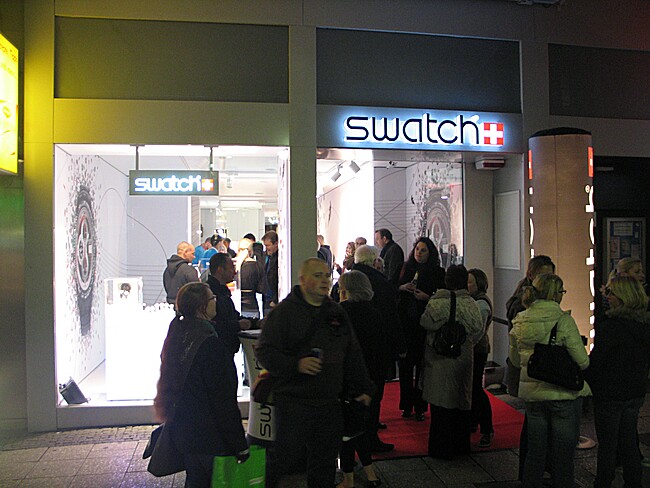 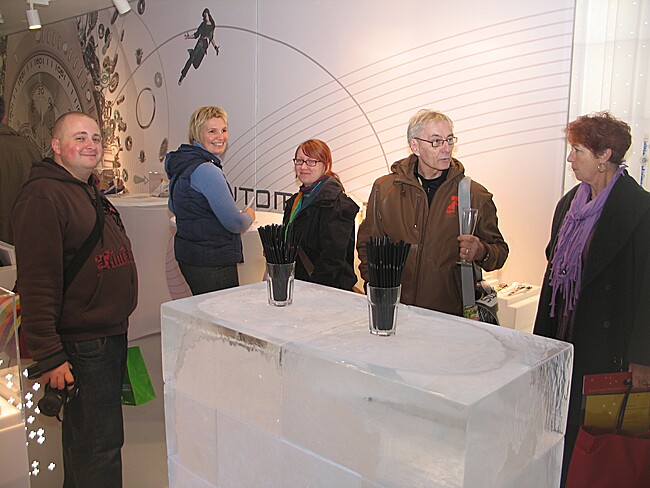 this is a real big ice cube, melting away during the evening! 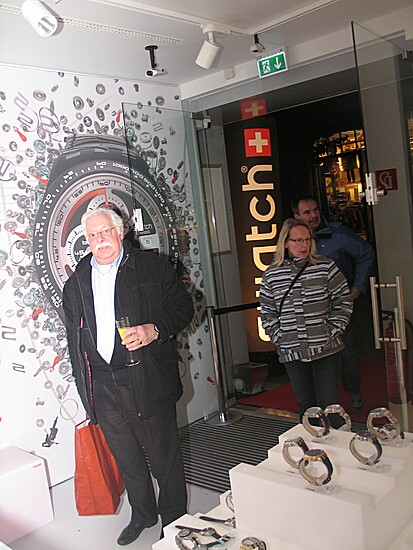 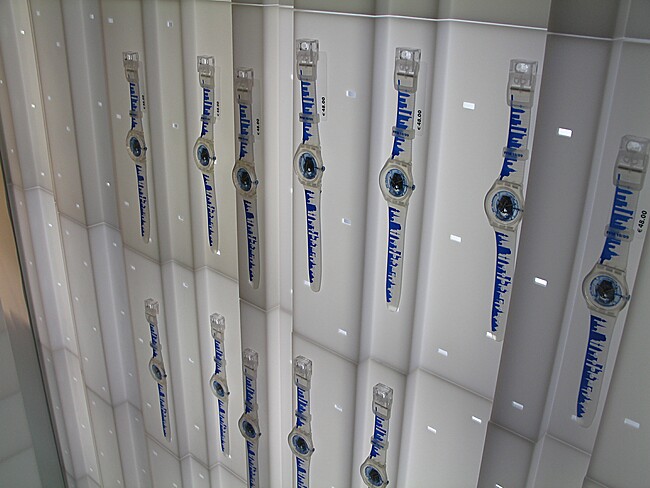 the special version of the Jelly In Jelly Fluid Word (SUJK104K) featuring the Frankfurt skyline on the strap, limited to 300 pcs 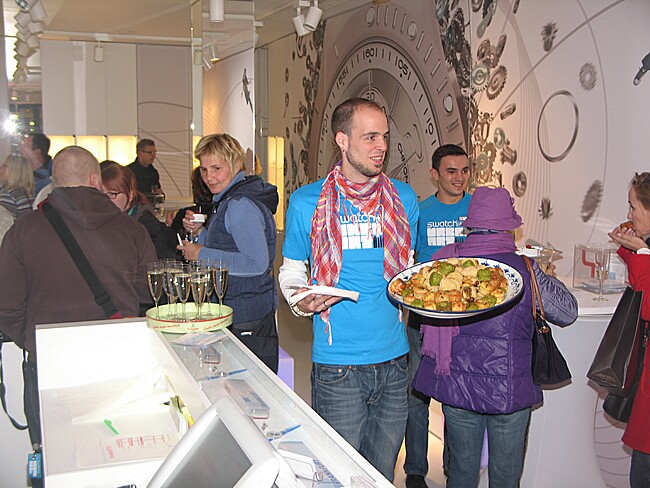 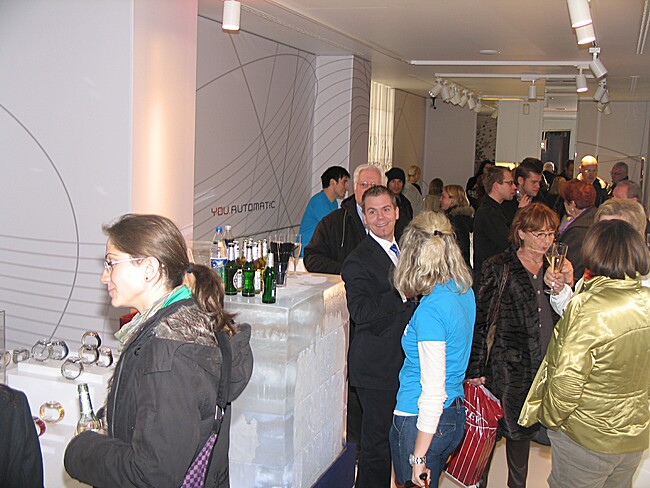 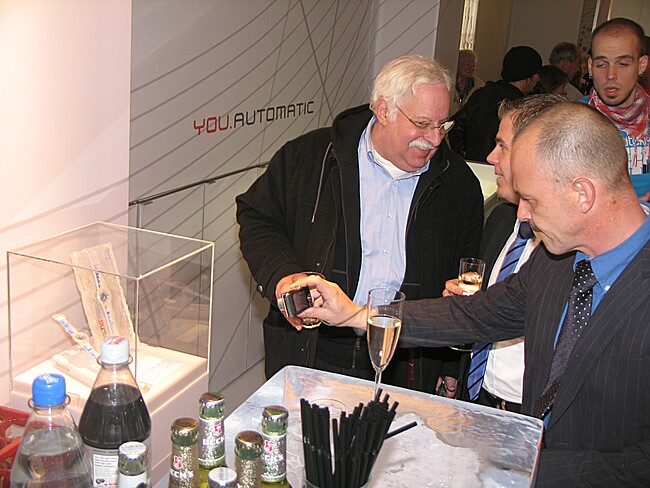 Everybody was interested to see the two versions of the Frankfurt special.  On the left on the picture below, you can see the regular version in the paper sleeve.  On the right:  the very nice special packaging of the Frankfurt watch made for the opening party:  A limited, numbered edition of only 54 pcs (taken from the 300 Frankfurt watches).  The packaging looks like an ice cube, it is made of relatively heavy plastic.  The special completely sold out during the evening! 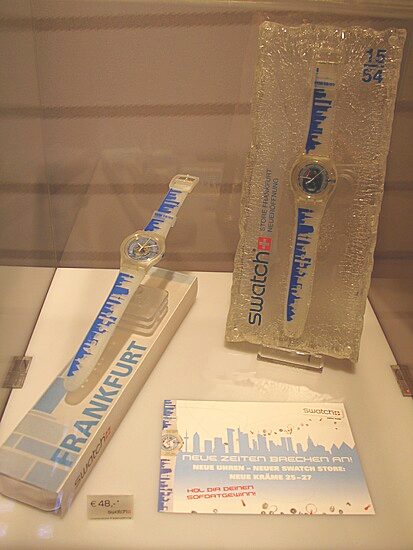 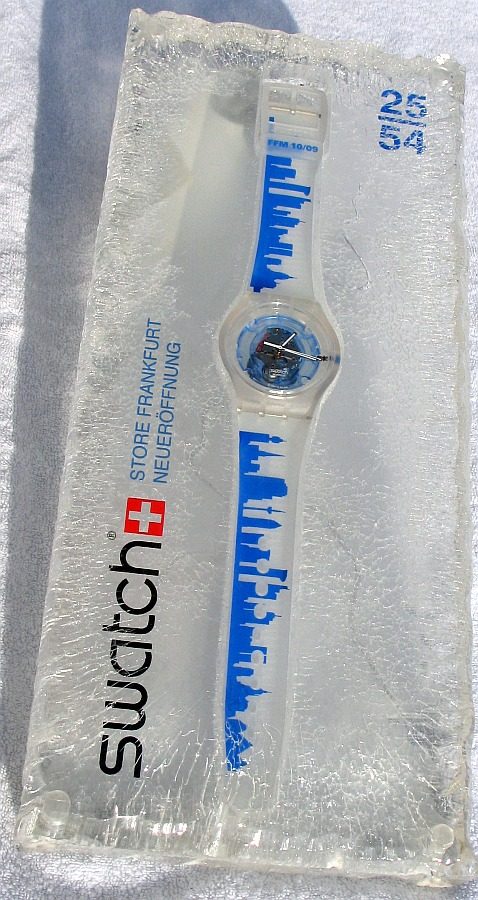 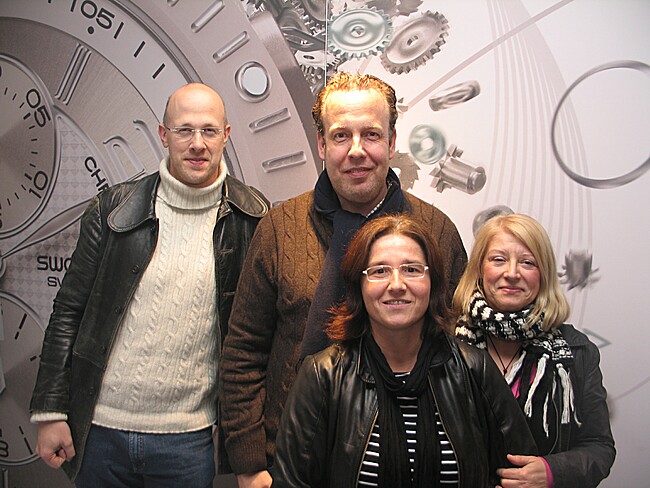 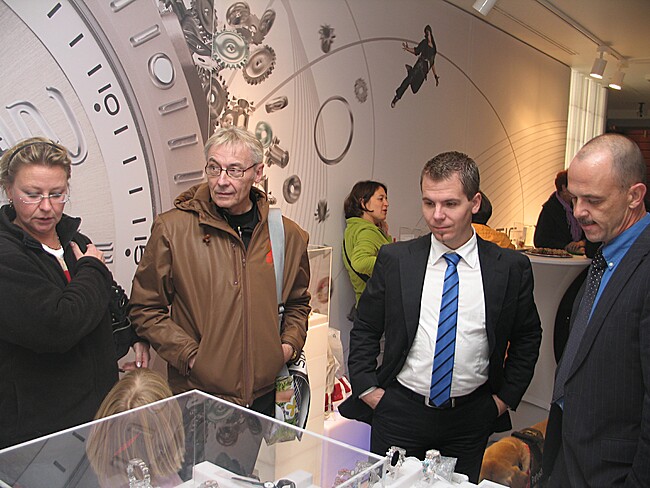 Later in the evening, after quite some cocktails, beers, and champaign, a lottery was held and three prizes (including the regular Frankfurt special) were given away. 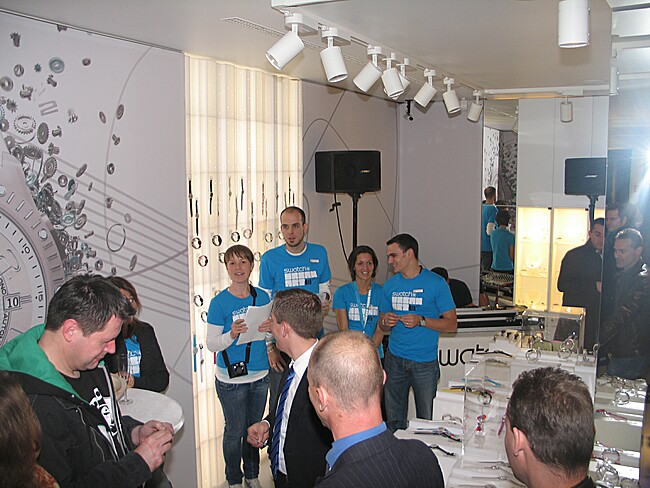 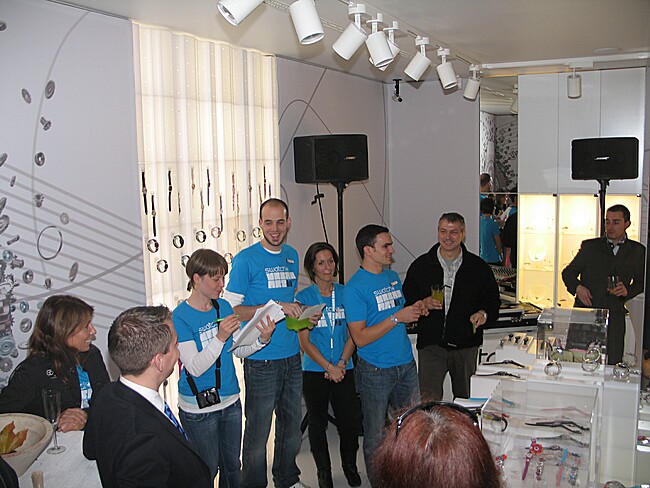 Holger is one of the lucky winners! 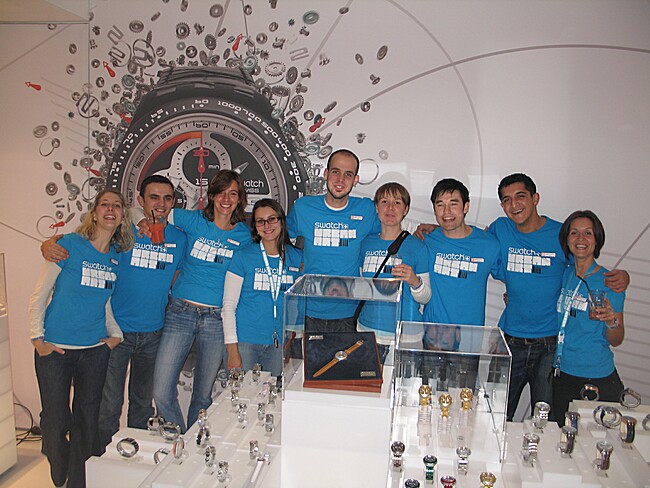 The team of the two Frankfurt Swatch stores 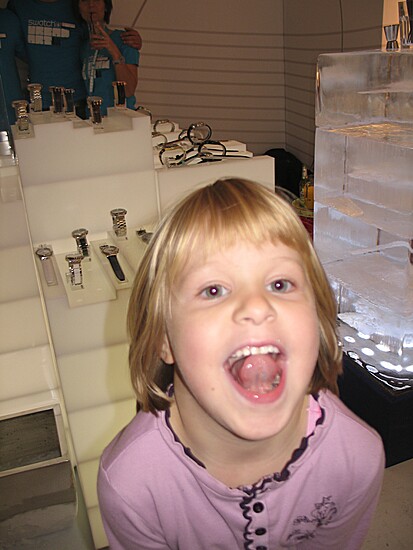 Thanks to everyone from the Frankfurt Swatch store for a really enjoyable evening!