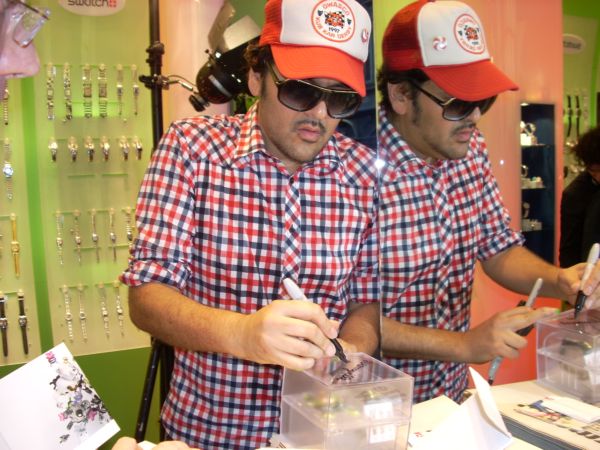 
report and pictures by Stefano Moschetti

I was at the Swatch fashion night out event with Jeremyville held here in Milano and I send you some additional photos:  The event started at 7pm, I arrived with my wife at 7:15pm and at that time the store manager said to me that the swatch designed by Jeremyville were sold out (I obtained the last two!). Jeremyville signed and decorated for collectors, customers and visitors some different items:
The transparent box of the swatch, the white boxes, the Jeremyville's newspaper and the catalogues provided with the swatches.  He paited live a big kidrobot and a maxi swatch and signed live also some Jeremyville's art print giving them away to very few collectors/visitors. There was three differents art print subjects (10 copies for each type): I send you the photos of two of them (I tried to obtain them all, but it was impossible to obtain the third ;-)). I asked also others collectors (this is the reason why I write you only today) but I had no chance!  With a purchase of kidrobot swatches, each collector also obtained two little kidrobot (sealed in two little blind boxes), you can see them on the photos, with the "complete kit". 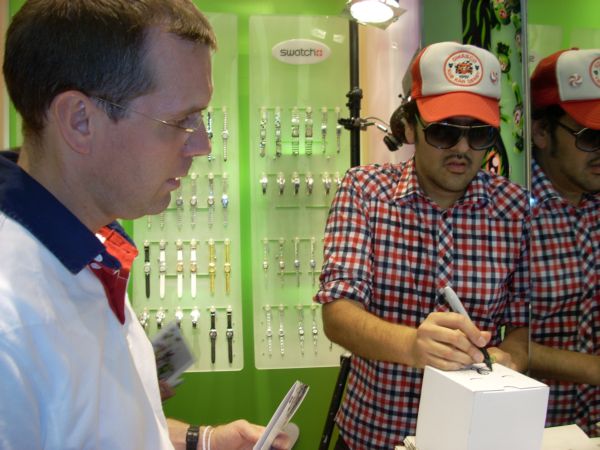 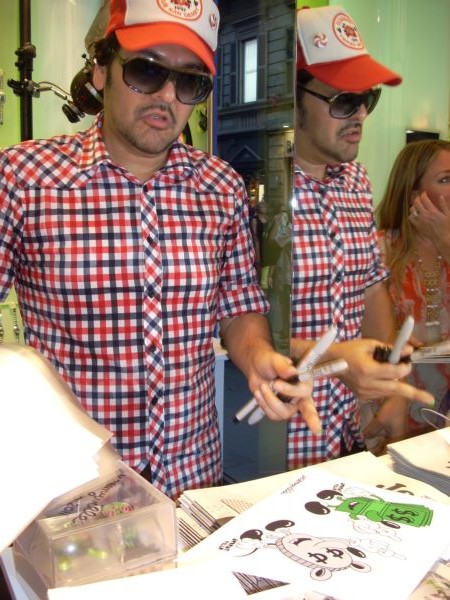 Jeremyville signs one of the limited art print 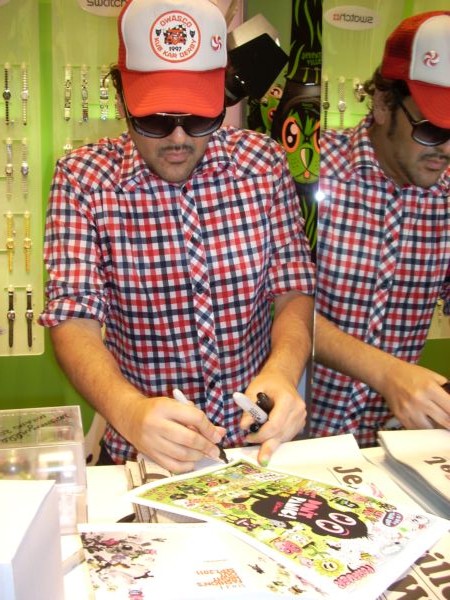 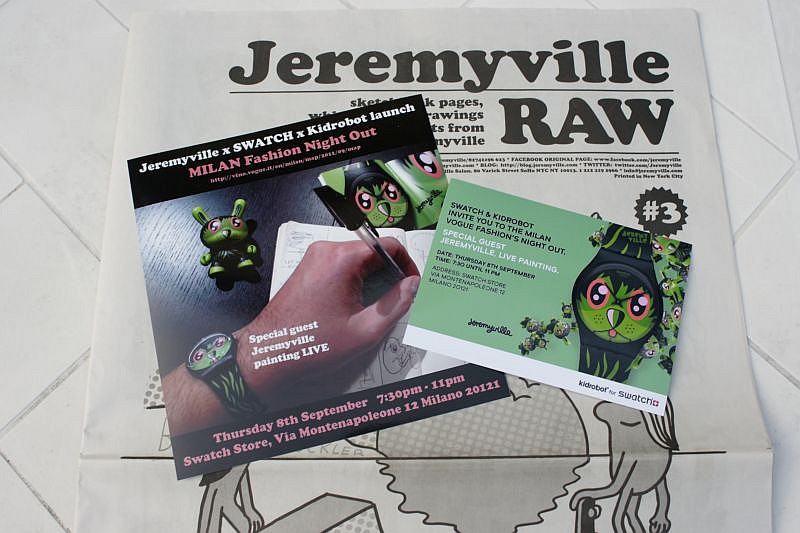 Invitation cards for the event 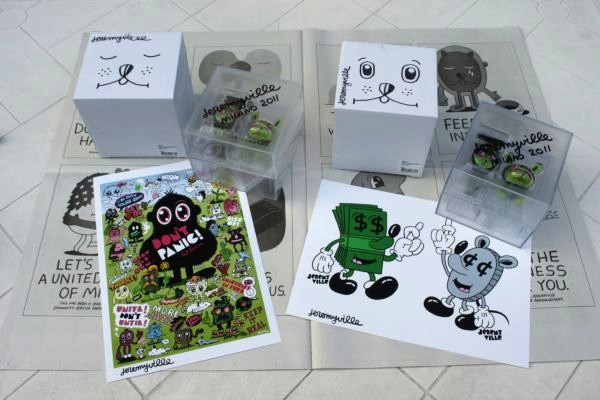 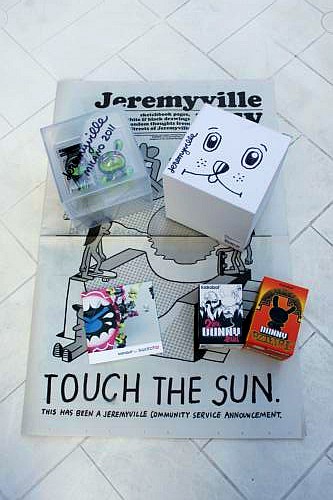 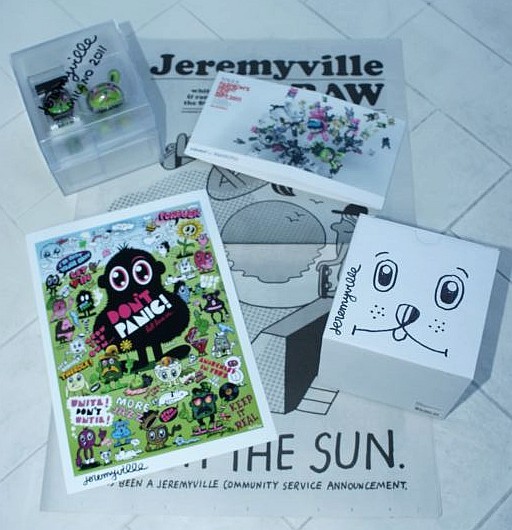 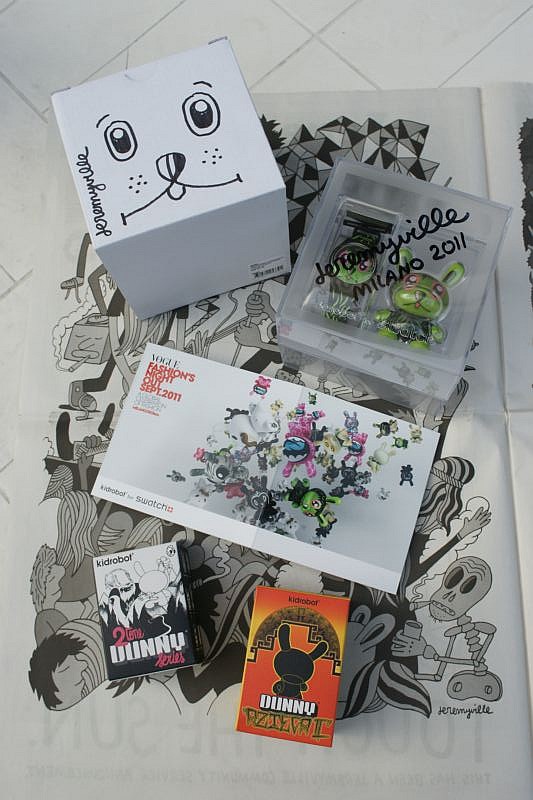 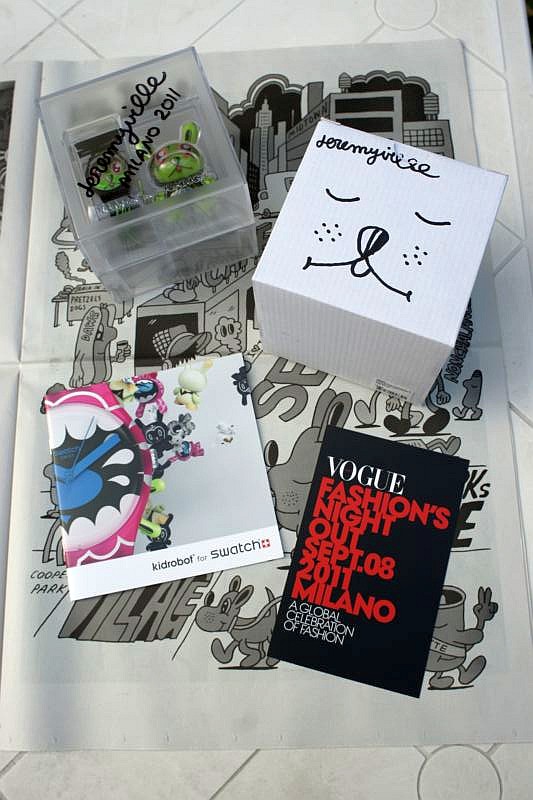 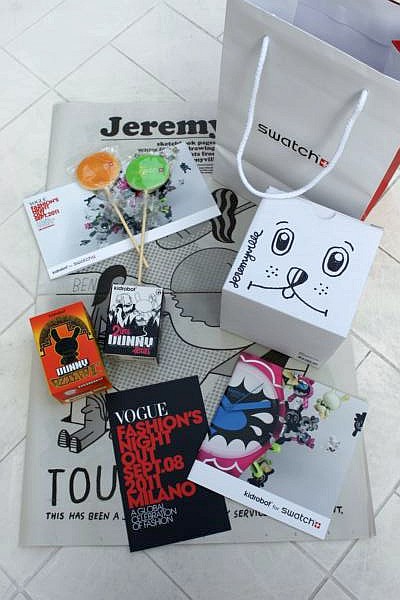 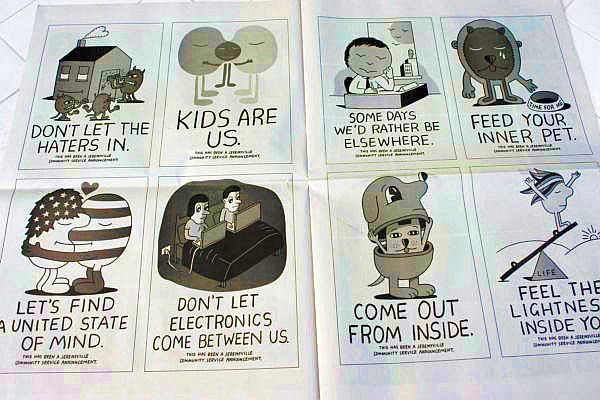 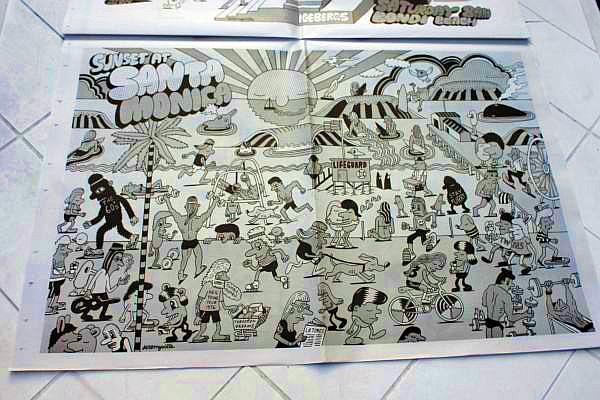 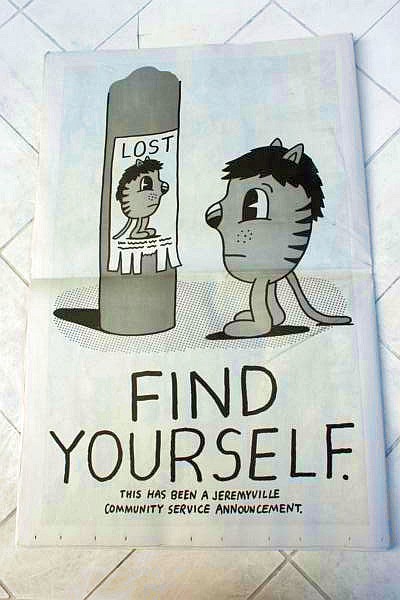