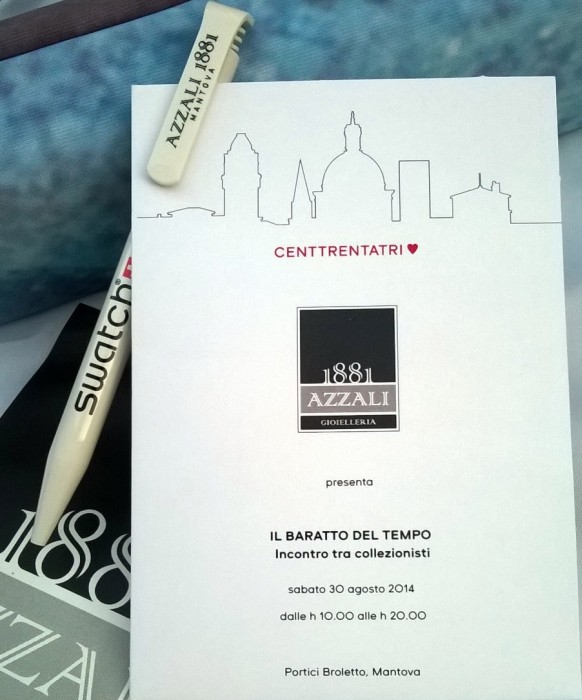 On 30-AUG, the jewelry store Azzali 1881 celebrated 133 years of existence in Mantova, Italy.  Swatch Club Italy held a club event together with the store.

The Azzali 1881 shop display windows were offered to collectors who want to show their best pieces.  There was a Swatch swapping bourse and a number of tables was available to participating collectors.

Two special New Gent watches have been sold for 133 EUR (each) at the event, limited (and numbered on the back) to only 133 pcs per watch:  Centtrentatri Black (SUOZ710S) and Centtrentatri White (SUOZ711S).  The watches are packaged in a special paper sleeve which is also numbered.  These two watches are unique and special because the date field of the original New Gent watches has been replaced so that it always shows "133 A": 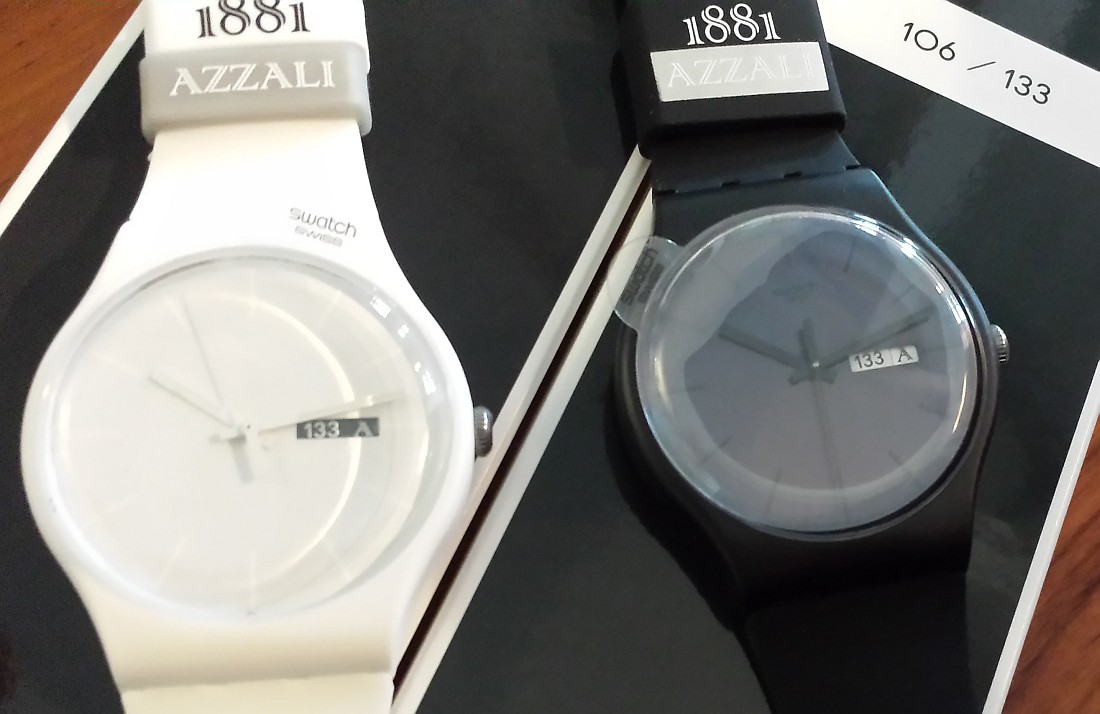 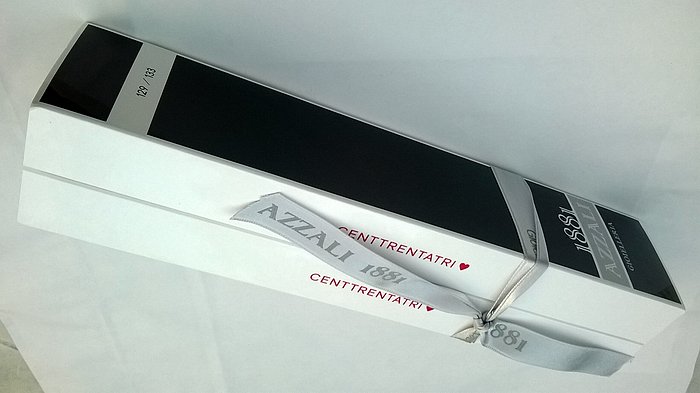 Stefano Moschetti has sent me a few impressions and pictures from the event:


The event "Baratto del tempo" was perfectly and wery well organized by Gigliola, the owner of the Azzali swatch store, in collaboration with Swatch.  Each collector was allowed to buy one couple of swatches only: in this case you obtained the two watches with the same number!  Some collector exposed their swatches to swap (or to sell) in the place market in front of the Azzali Swatch Store. Inside the store in two little windows some rare swatches were on display: specials, prototypes and an extremely rare Kiki Picasso with reversed dial.

A free guided tour of "Palazzo Ducale" (the Castle of Mantova) was available on request. During this tour we had the opportunity to see the well know painting of Mantegna: the "Camera Picta" aka "Camera degli sposi".  All was fantastic! 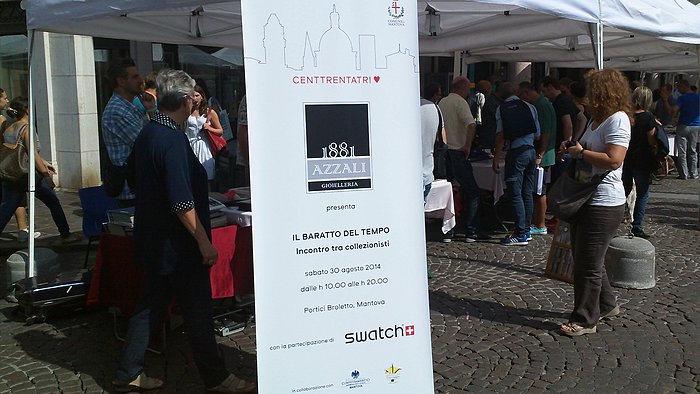 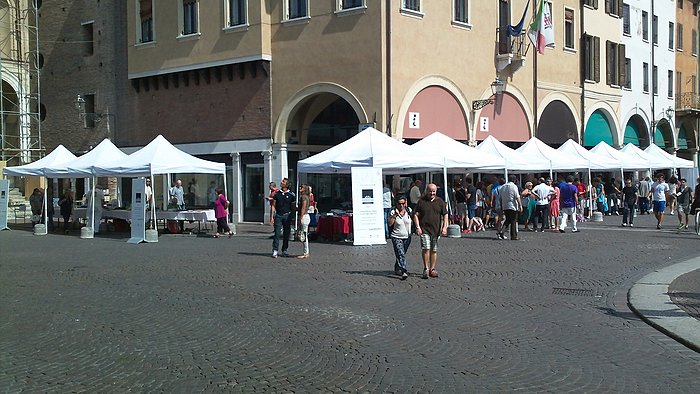 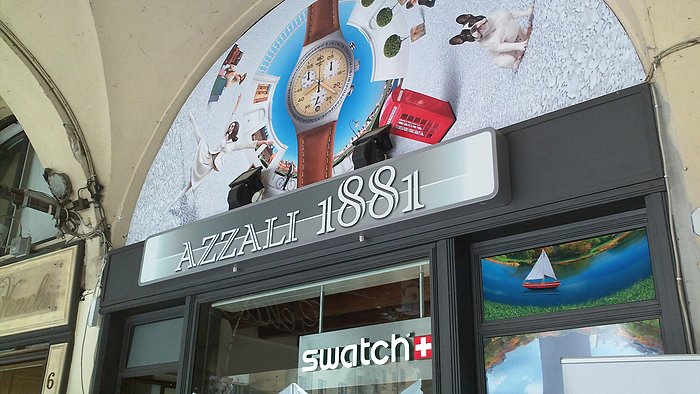 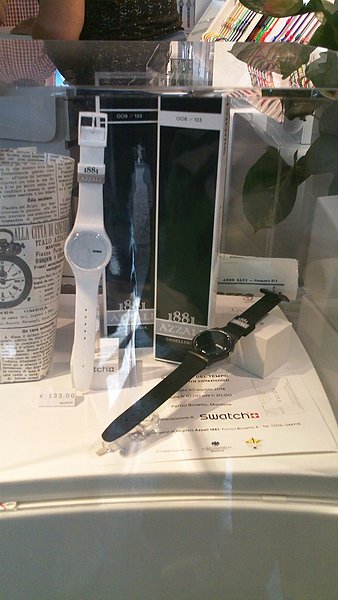 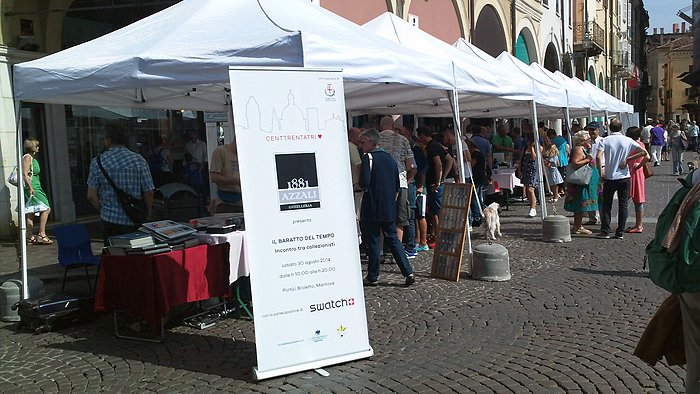 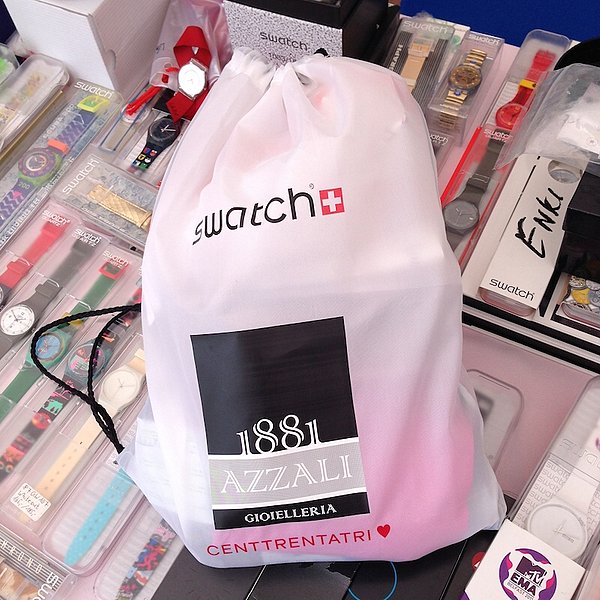 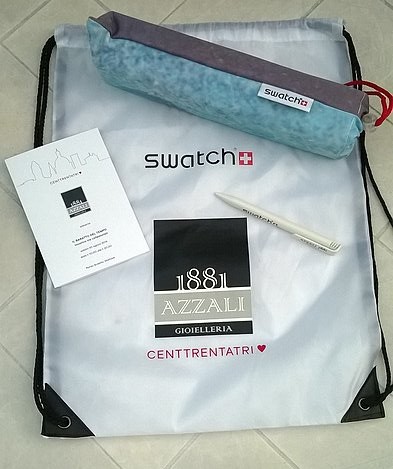 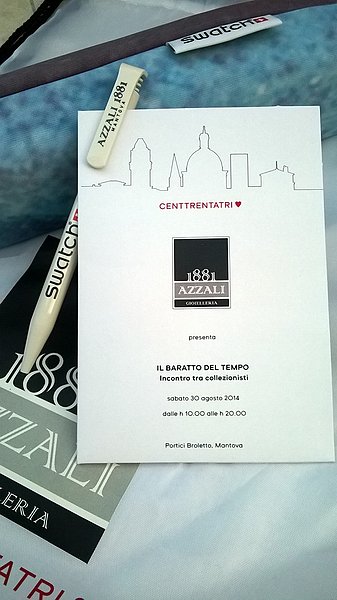 secondwatch.it has many more nice pictures from the event.