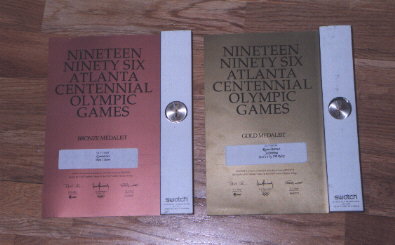 Picture by Rob @ squiggly. Sometimes, he has one available for sale.

These were given to medalist winners at the Olympic Games in Atlanta 96. They are personalized. Gold Medalist watches were also given (for free!) to Swatch Gold members in June 97 in Biel, Switzerland. Rumour has it that 400 of each were produced. Most of them were given to the winning athletes. 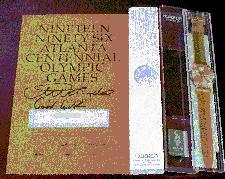 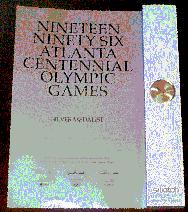 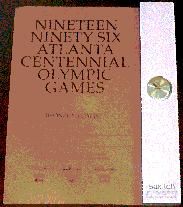 What is a Gold Member of Swatch The Club?  Well, in late 96, swatch made a contest to become a 'special' Gold member for 1997. All you had to do is write to Swatch and describe why you deserve to become a Gold member. In the end, Nick Hayek decided that everyone who sent in something became a Gold member. That was easy, eh?  It definitely won't be this way next year. Being a Gold member has many advantages to the regular club membership:  Special contests and draws for the gold members, a free gold member trip to Biel / Vittel / Paris in June 1997. The gold members visited the swatch factory and they were overwhelmed with gifts (see above). The gold member card is also very nice:

This card is signed by Nick Hayek, the big swatch boss!