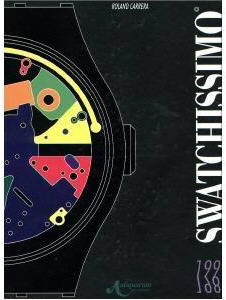 Swatchissimo is simply the best coffee table book about Swatch watches.  Go and get one for your collection, you won't regret it.  These days, you often can find it astonishingly cheap.

Swatchissimo was first published in December 1991 and a second edition (marked March 1992 on the last page) was published shortly afterwards in a much larger printing run.  The first edition is not that easy to find, maybe 5-10% of the used books on the market were printed in December 1991 (marked on the last page and the cover is also different, see last photo on this page).  I have not found a third printing so far. 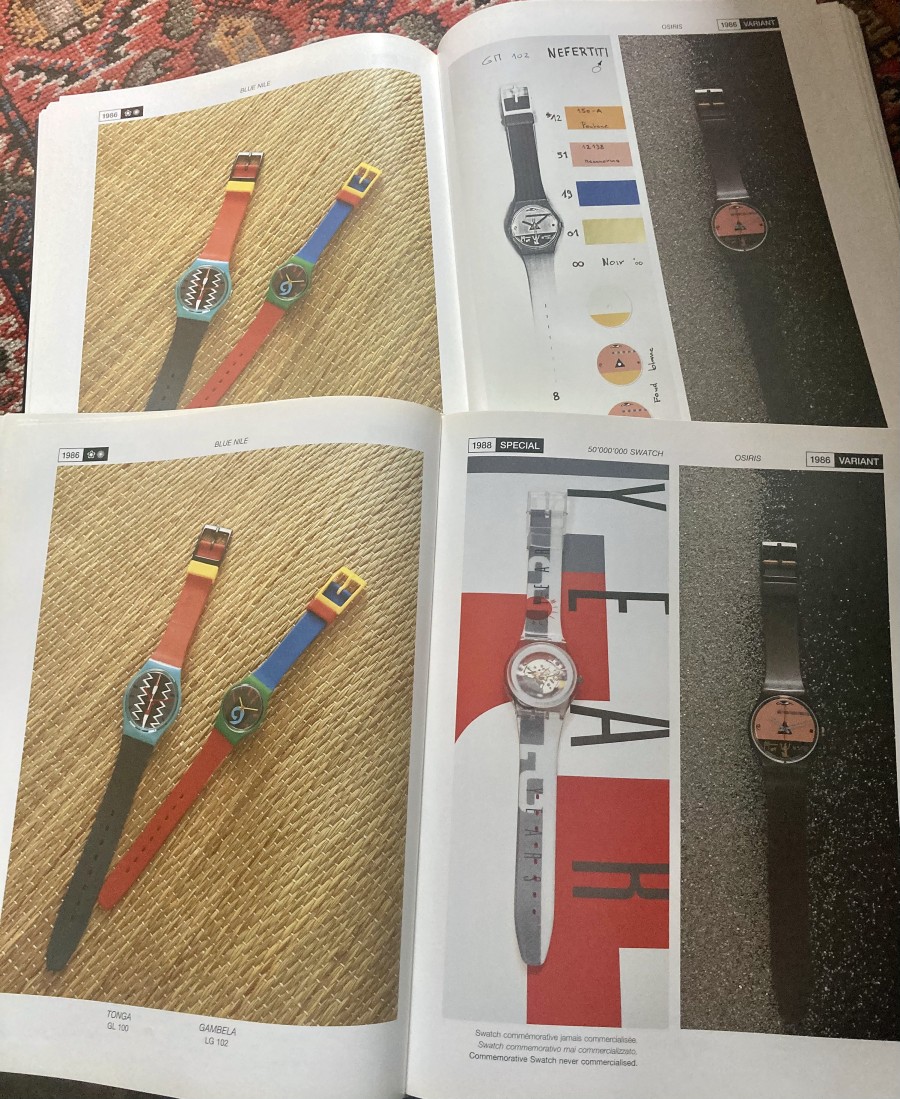 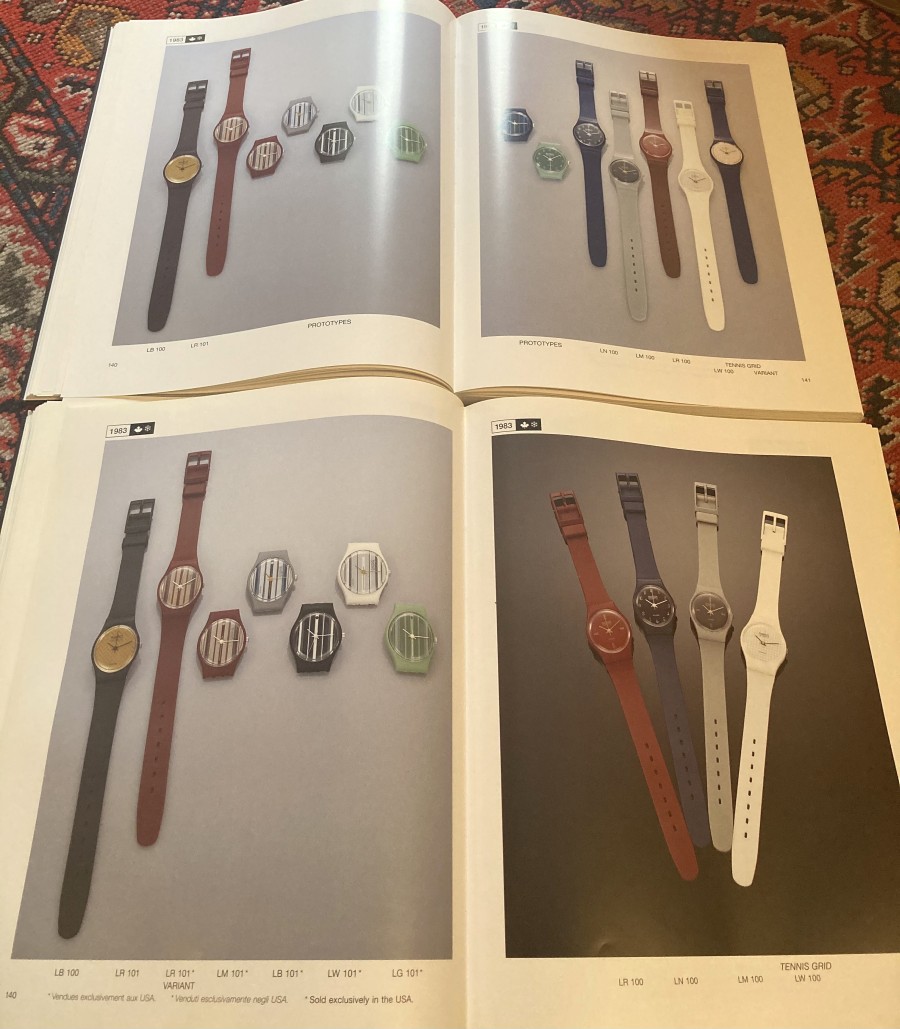 p. 140:  The first edition states that some early Lady watches were sold in the USA.  The 2nd edition corrected these to "prototypes" which is obviously more correct as these watches never show up on the used market.  Fun fact: Swatch Finder now also states that some of these Lady protos were available in the shops which is not correct...  Also some more lady prototypes were added in the 2nd edition on p.141

p. 312:  Several wrong watches on the photo in the first edition

p. 313: New photo with 'improved' Asetra (GK137/138) in the second edition.  I think that the Asetra in the first edition is a prototype with matt plastic 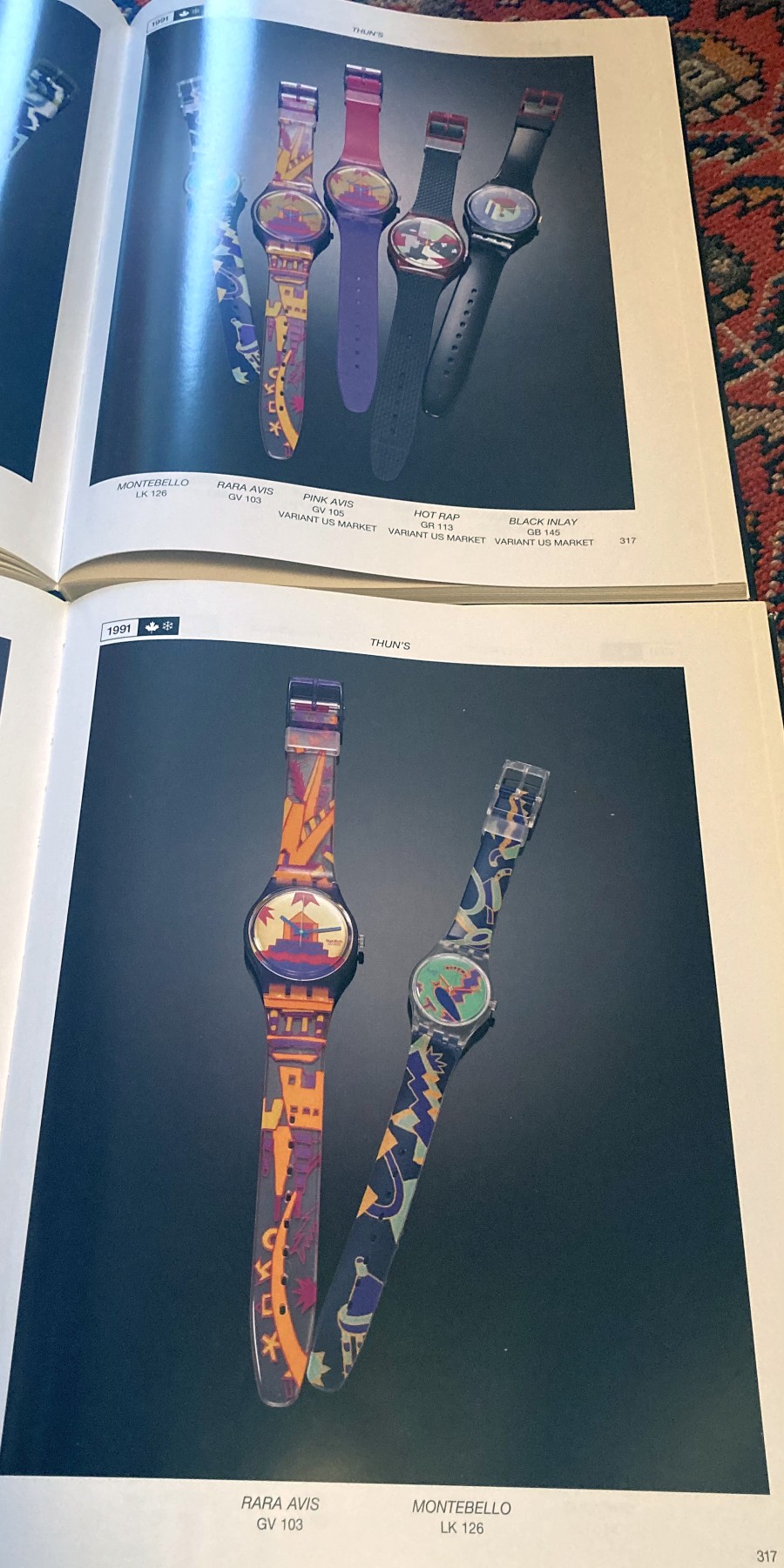 p. 317:  A few US variants added in the second edition (obviously, the last pages were photographed directly before publishing the first edition) 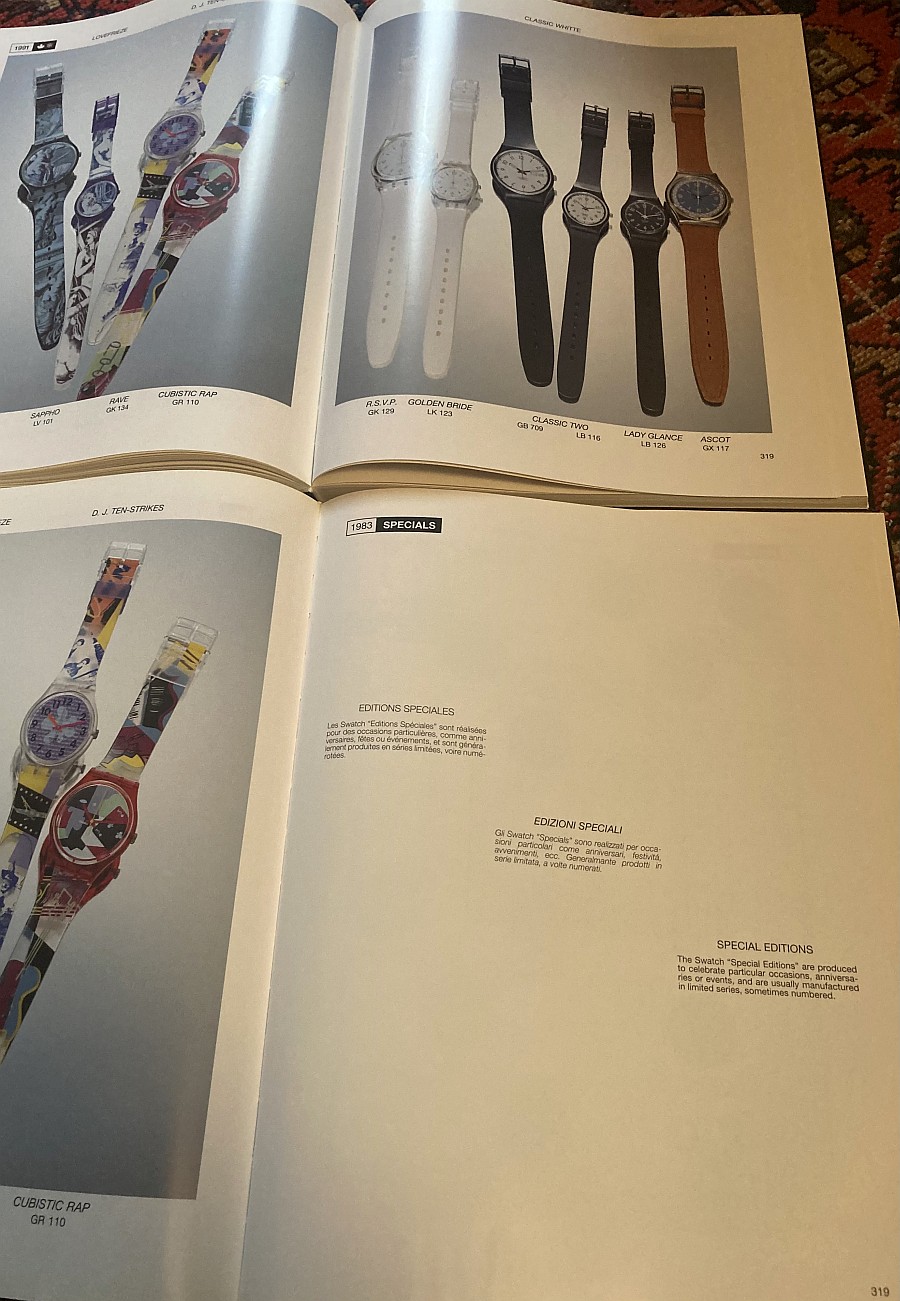 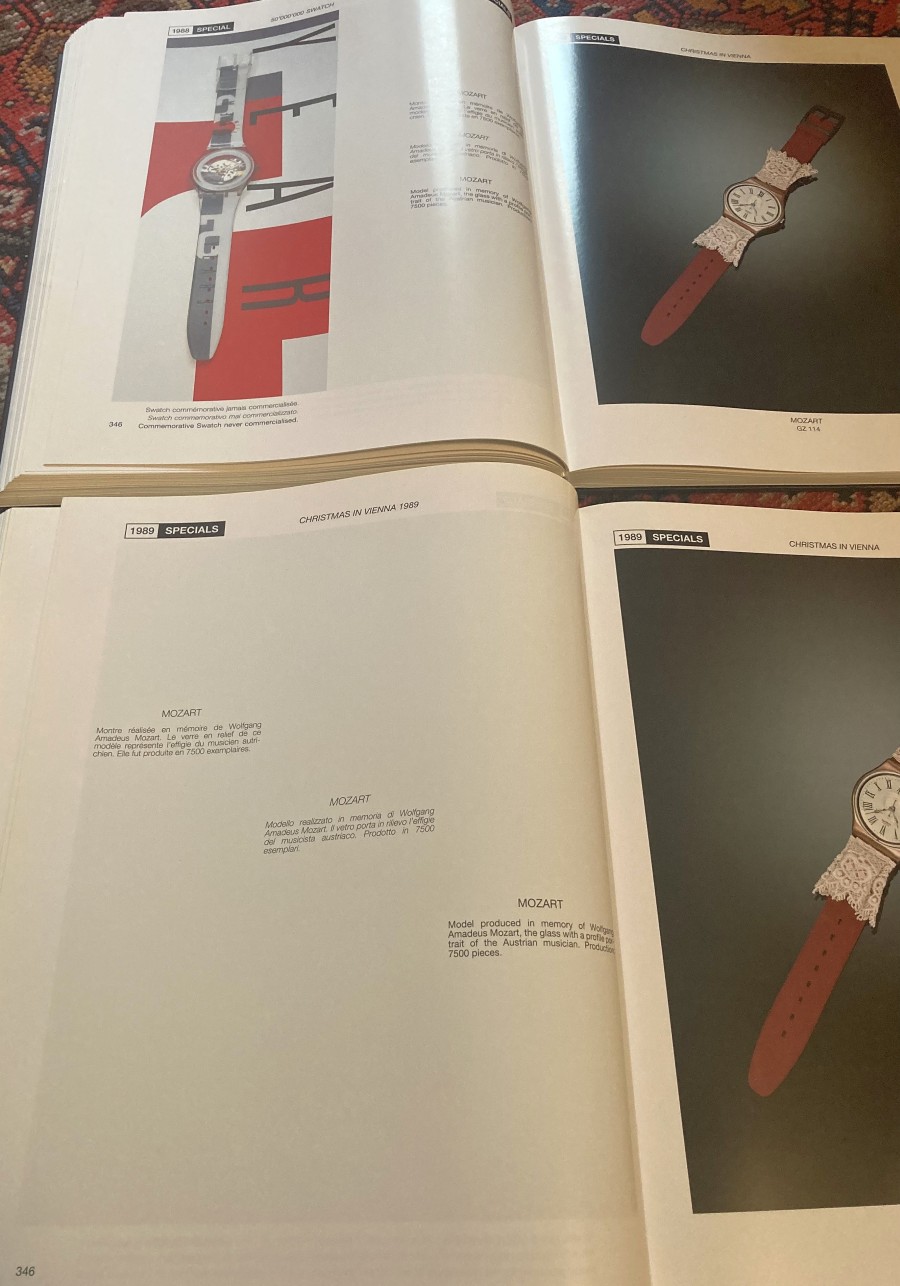 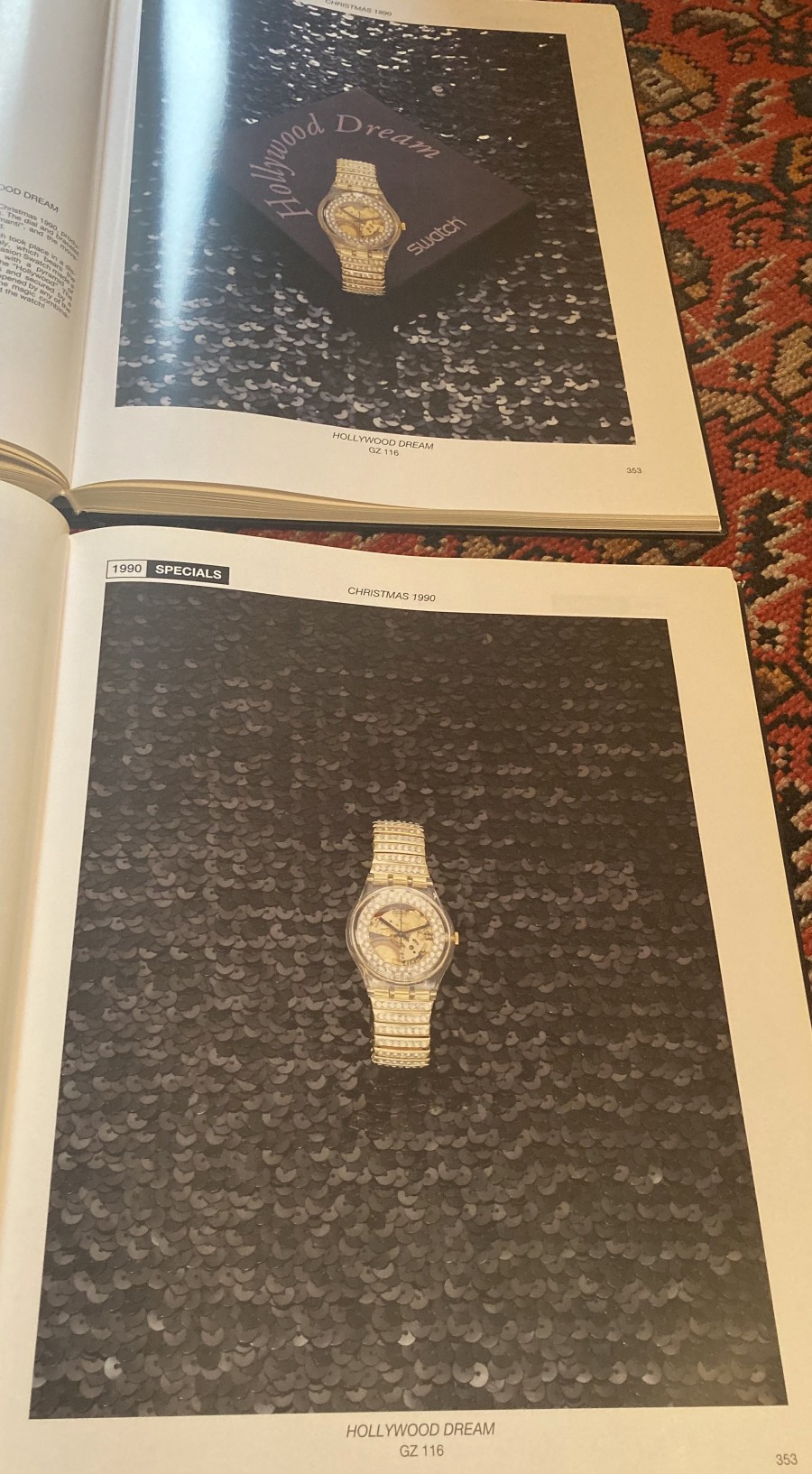 p. 353:  packaging of Hollywood Dream (GZ116) was added in the second edition 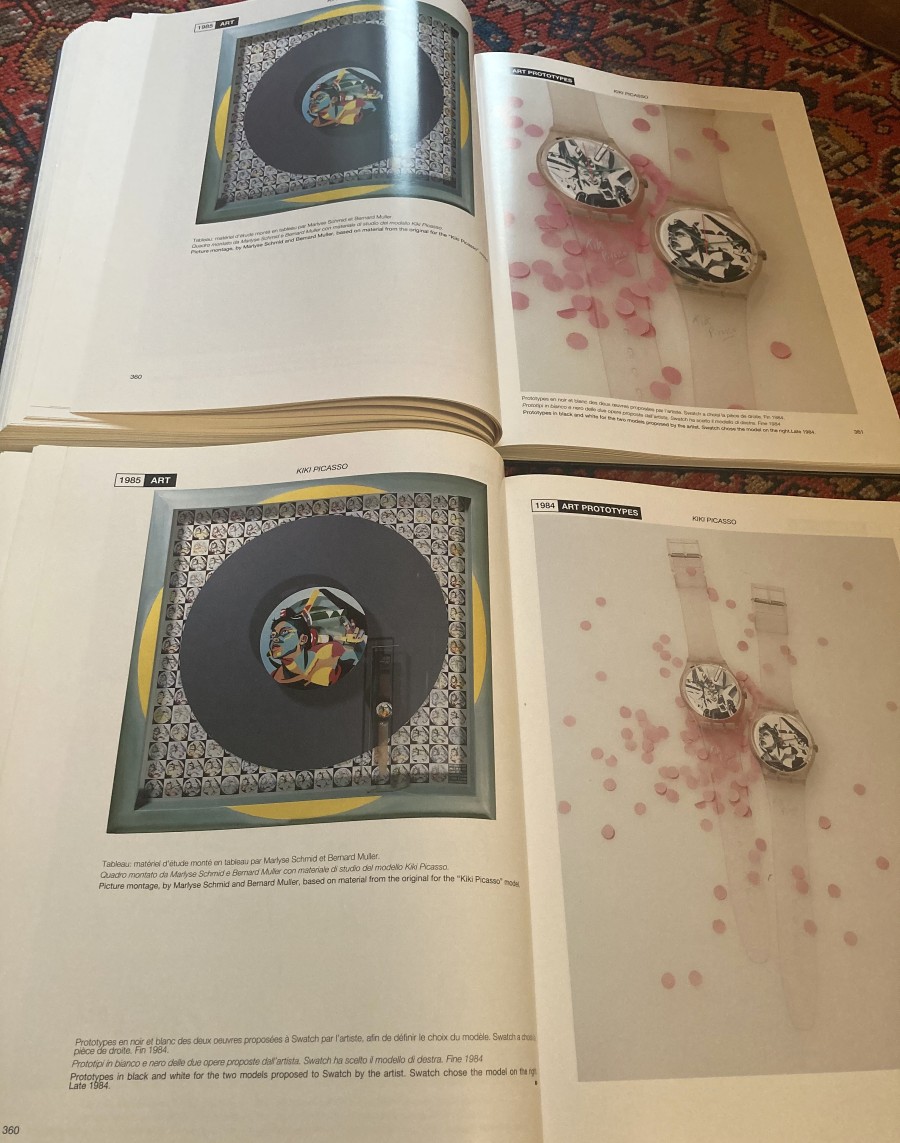 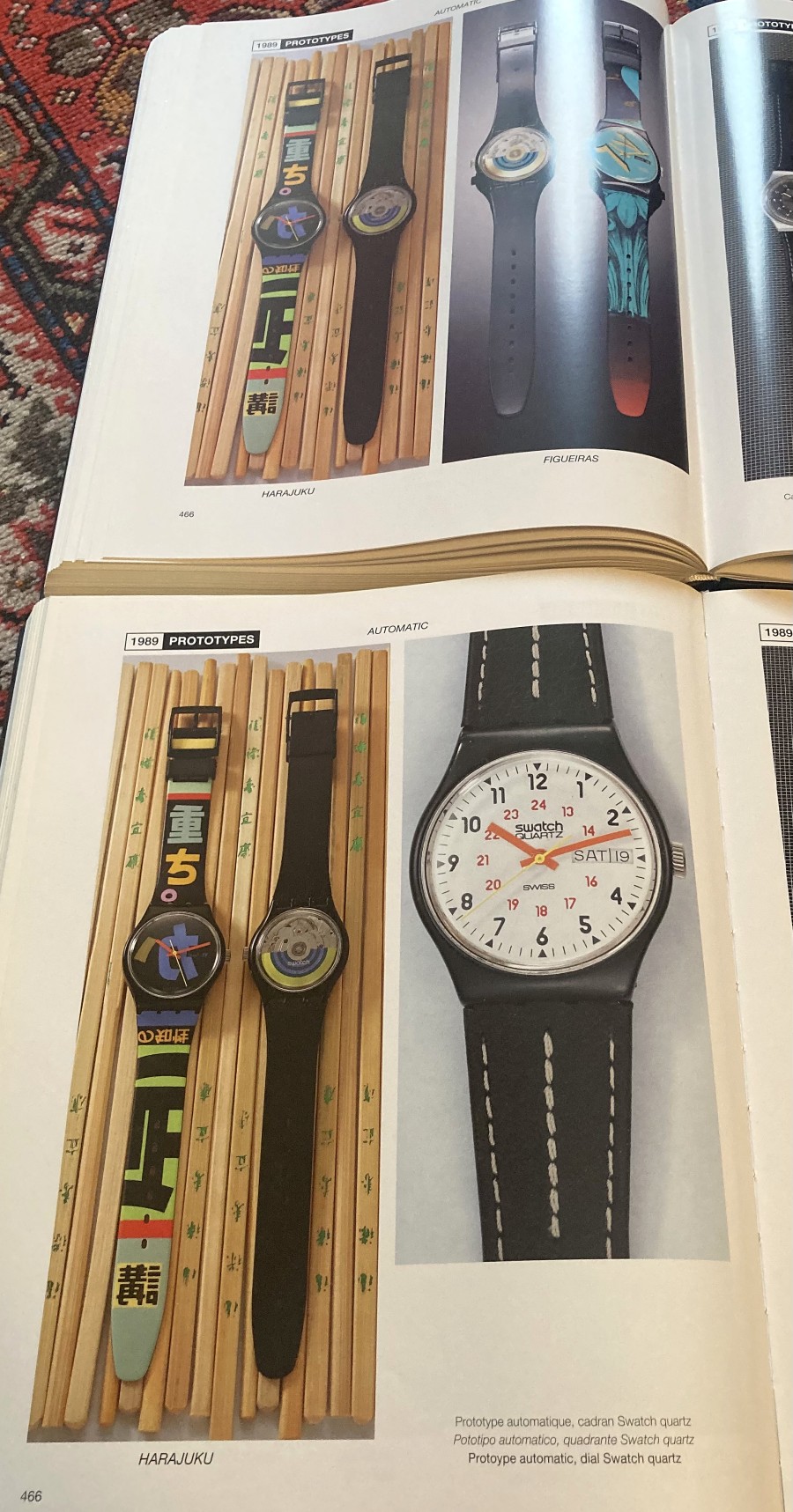 p. 466:  removal of an automatic prototype (homemade?) in the second edition 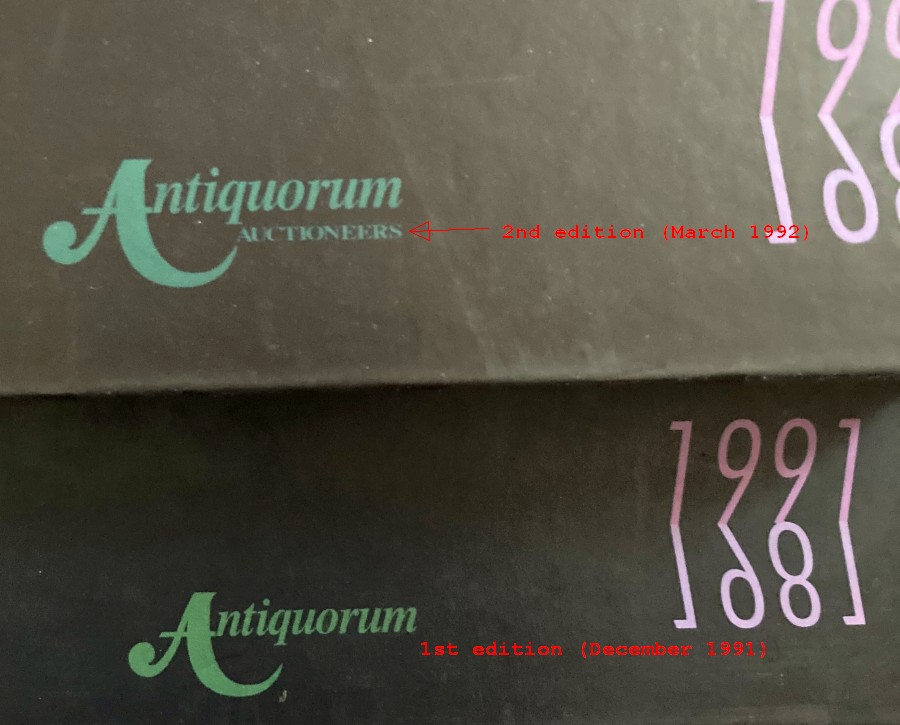