part 5:  a surprise concert with the Leningrad Cowboys and more

At 11pm, a deep voice invited us into a room nearby:  A disco. 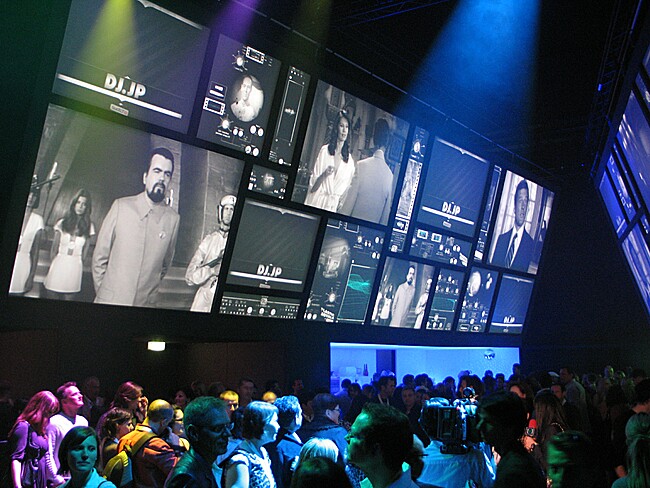 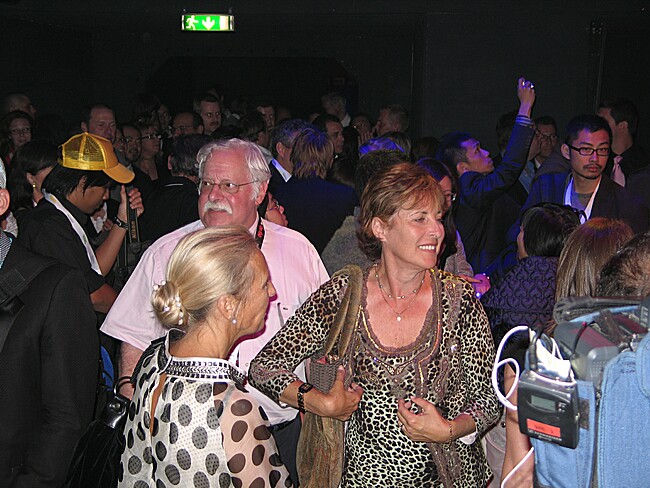 After a few minutes, the next and biggest surprise of the day was revealed:  The Leningrad Cowboys came on stage and played a concert of about one hour to a very small crowd of about 400 invited guests.  After a few minutes, everybody was dancing to the great and funny mix of polka, rock, russian folklore and more.  It was one of the most memorable nights for me!  If you haven't seen it, go ahead and rent the DVD Leningrad Cowboys Go America, a funny movie with a lot of dry humour and really good music! 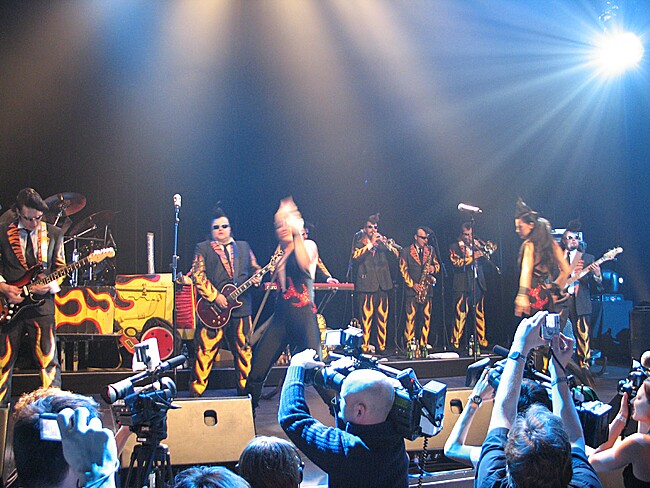 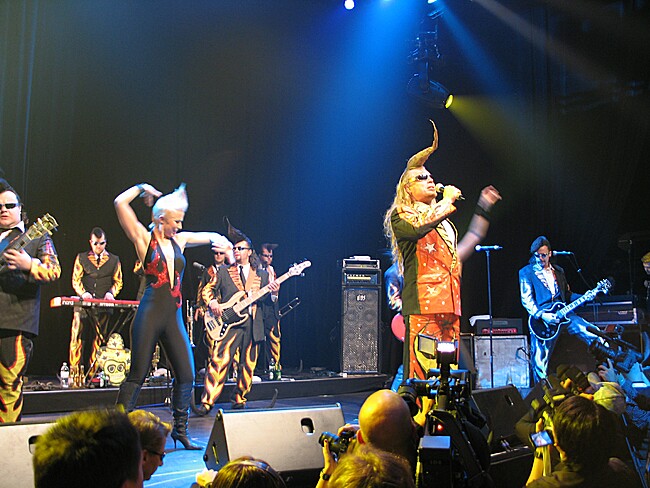 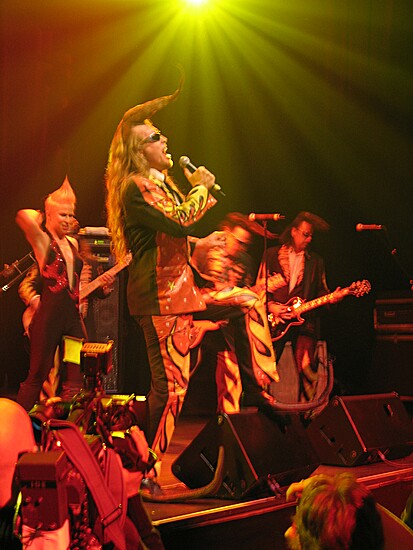 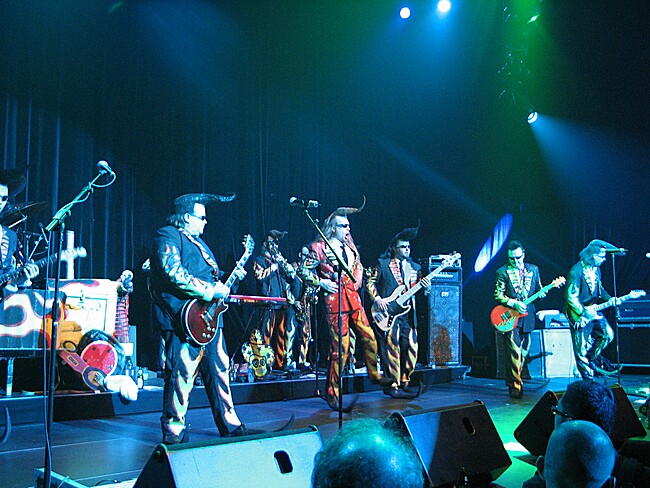 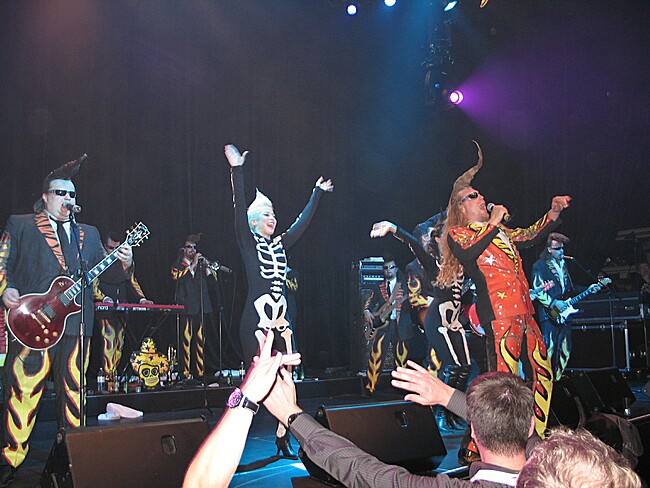 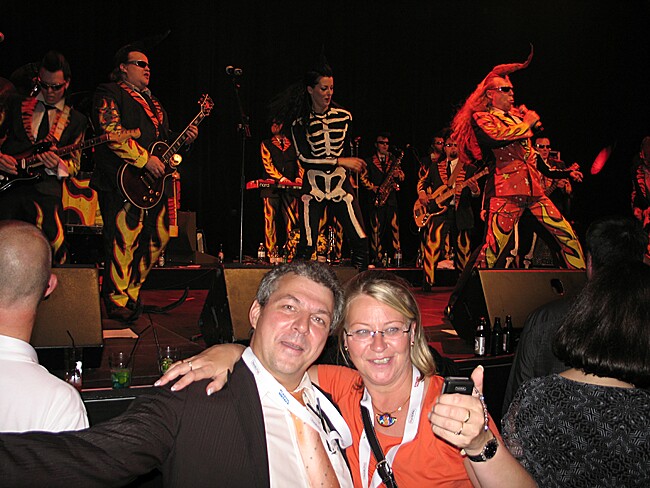 Holger and Annette clearly enjoying themselves!

The Leningrad Cowboys even had recorded a CD of three James Bond songs especially for the Swatch James Bond Villain Collection:

To give you some impressions of the great atmosphere of this concert, here is a little video:

After the concert was over (although everybody asked for "more" and "more"...), it was time to explore the room a little further.  The bar was completely made of crystal clear ice and it was melting away during the night... 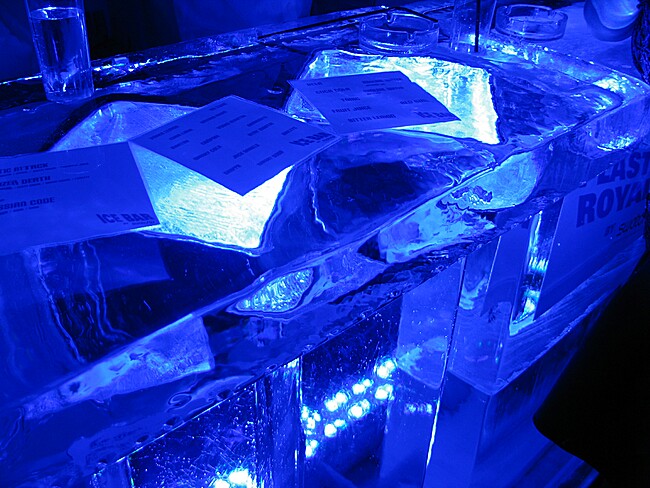 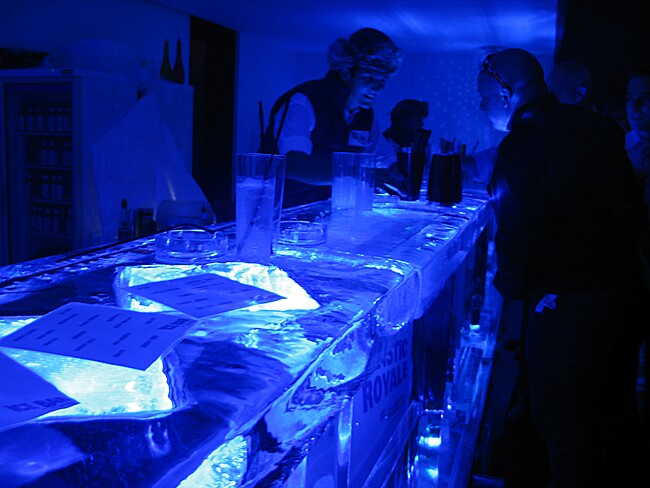 Second band of the night were the Midnight Juggernauts from Australia.  Great synth-disc-rock music (a mixture of Kraftwerk, Ramones, and Status Quo :-) but unfortunately, we had to leave quite early after the beginning of the concert (at 1am) to catch the last bus back home to our hotels.  An early (7am) wake-up call awaited us after this great, busy day full of surprises. 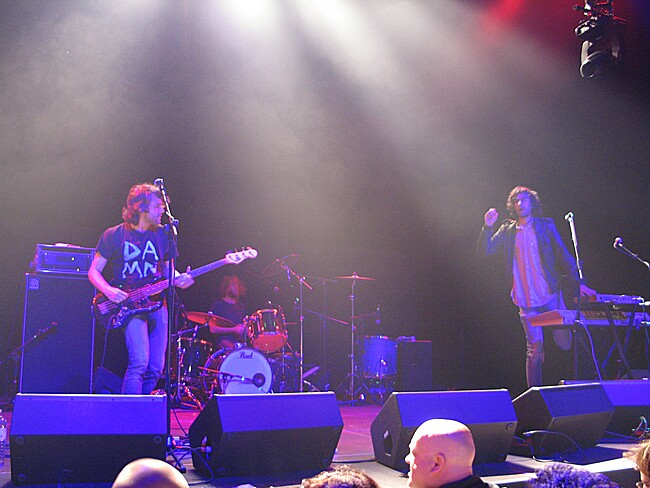 With this concert, the spectacular Plastic Royale / James Bond Villain Collection Launch event was finished.  The event has generated a lot of buzz in the international press (mostly online):

Click here to read page 6 (Collectors Train through Switzerland) of my report from the G&P Event 2008.