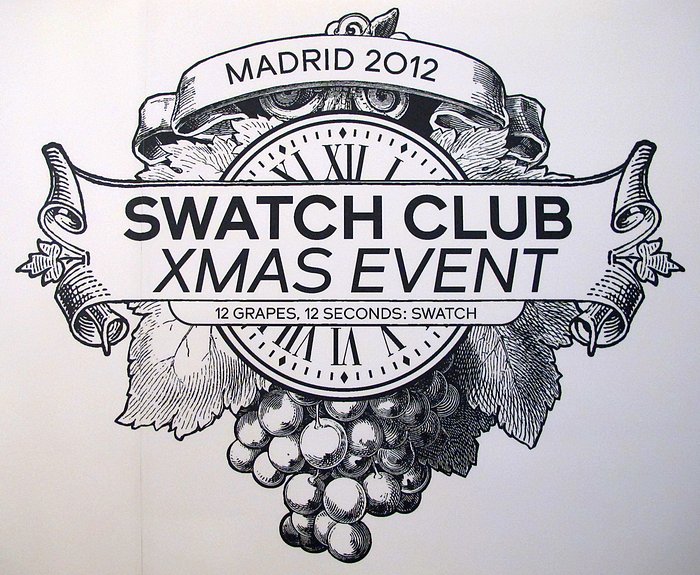 
From 22 to 25-NOV-2012, the traditional Swatch The Club Xmas event took place in Madrid, Spain.  About 110 club members from all over the world participated at the event.

We arrived one day earlier our nice **** Hotel Petit Palace Savoy Alfonso XII near the golden triangle of Museums (Prado, Thyssen and Reina Sofia), all within 10 minutes walk from the hotel.  Other club members also had arrived already and we were greeted friendly from the balcony... 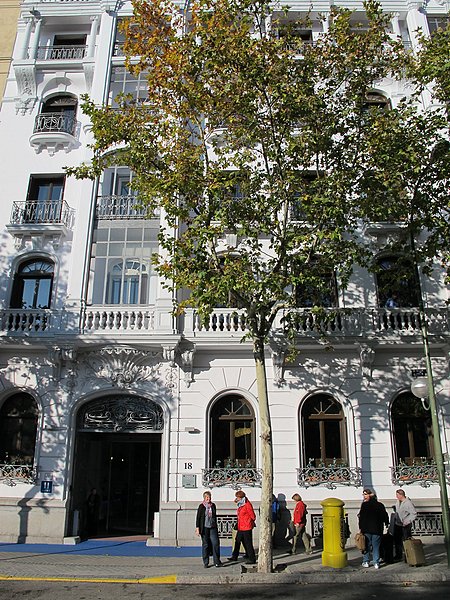 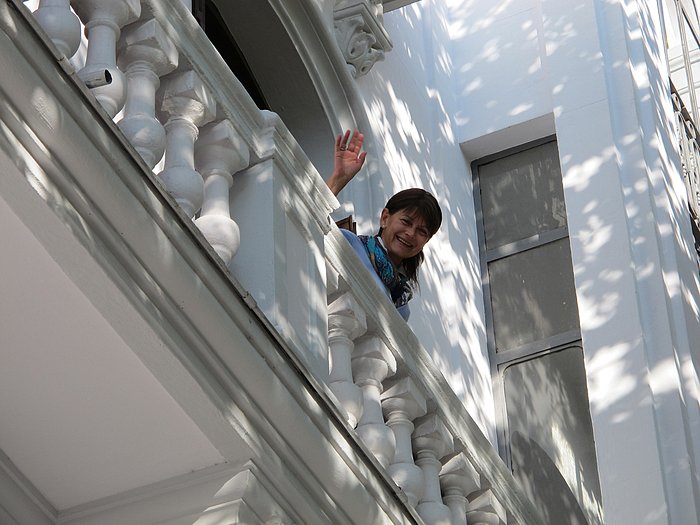 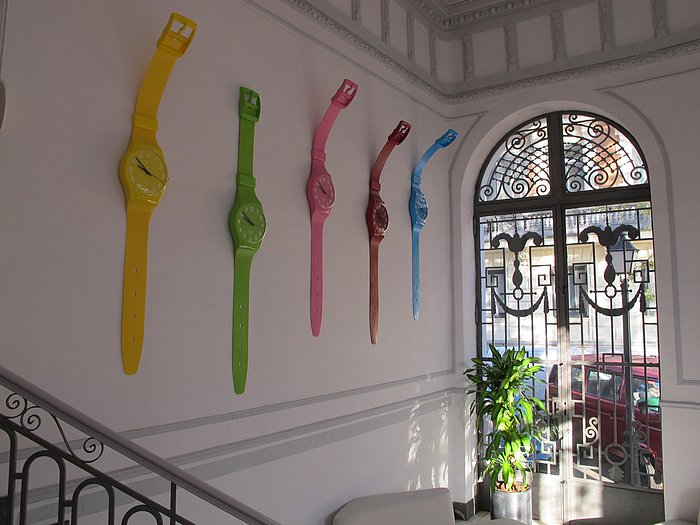 The weather was nice, sunny and warm (~15° C, much better than in cold Germany).  So we went out for a walk in order to do some serious shopping (tie, shoes) in order to save the spanish economy.  In one street, nice knitting decorations could be seen... 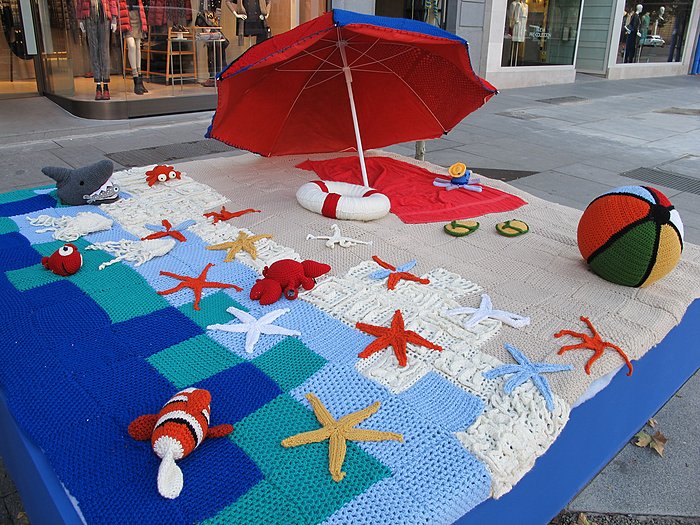 When we came back, the hotel was already 'captured' by Swatch... 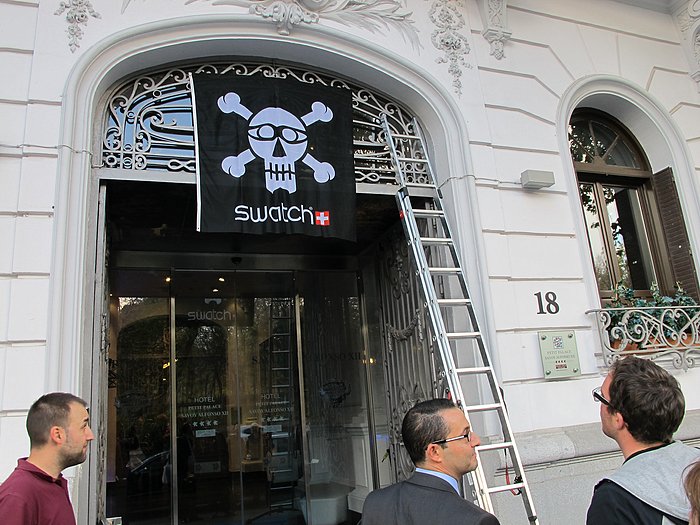 ...and the inscription for the club event was about to begin at 6pm....  Rahel and her new team (more about this later) friendly greeted all new arriving club members. 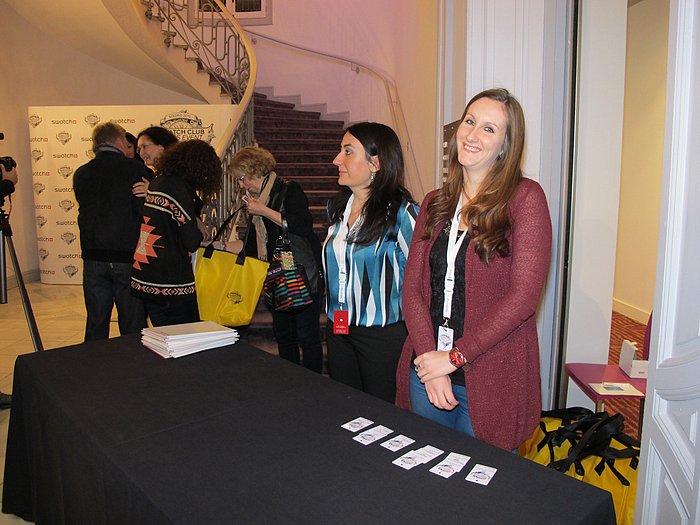 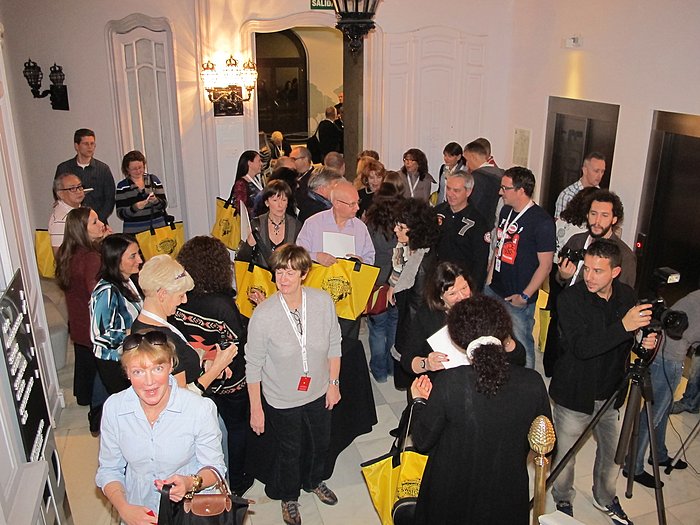 A photo was taken by each and every club member, we received a very nice custom made "Swatch Pass" later during the event.  A great idea! 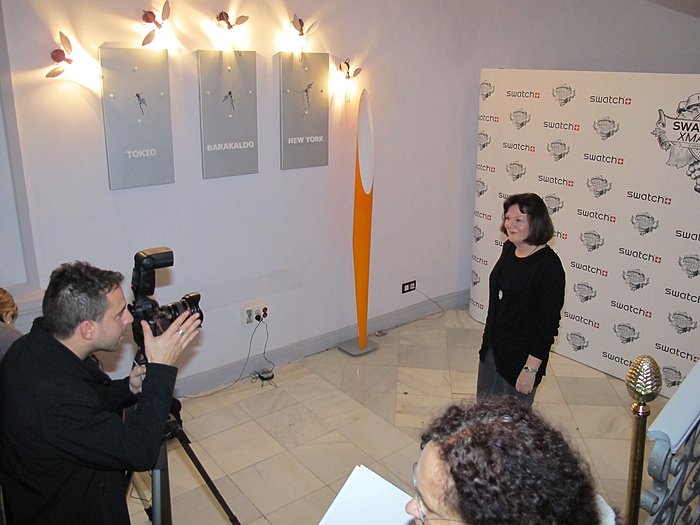 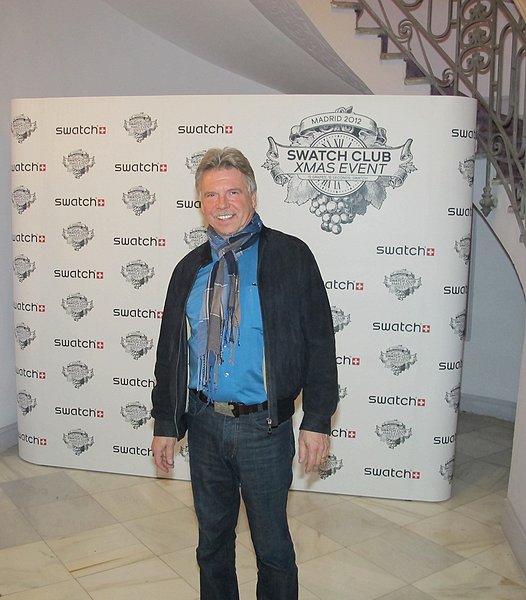 No big dinner on the first evening...  A "walking dinner" was served, so it was great to have the chance to talk to a lot of people that we hadn't seen for a few months (sometimes year[s]). 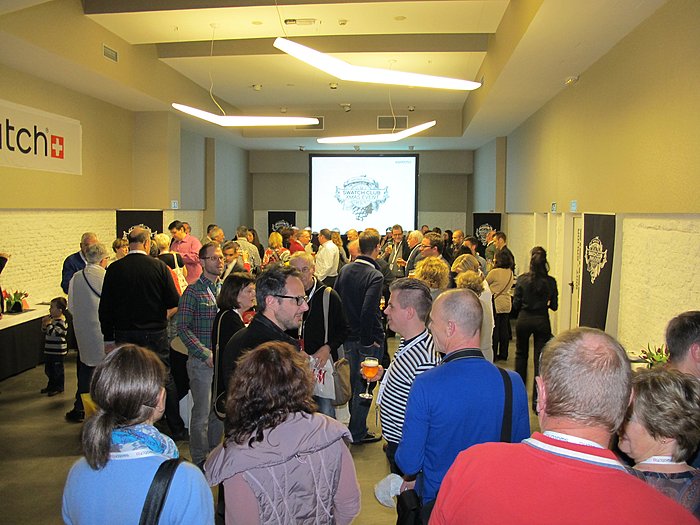 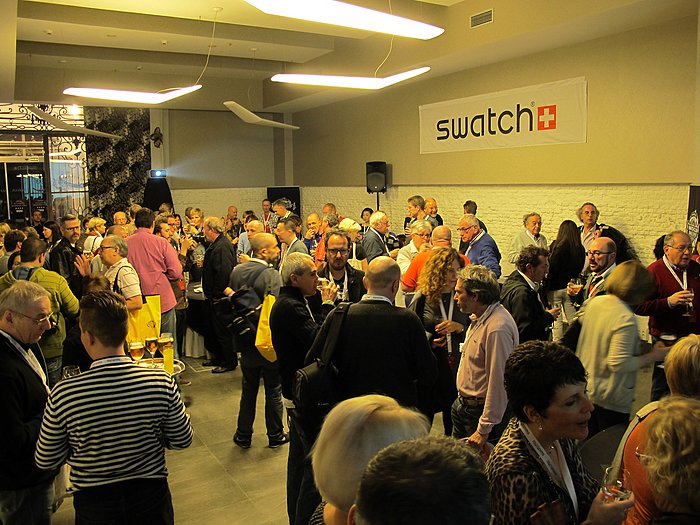 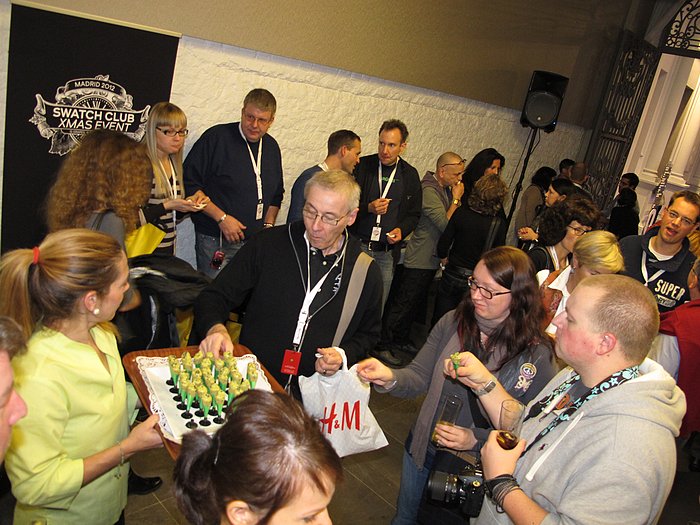 Reto Stöckli (COO of Swatch) gave a friendly welcome speech and he gave us a few details about the upcoming event and also about the recent changes at Swatch The Club. 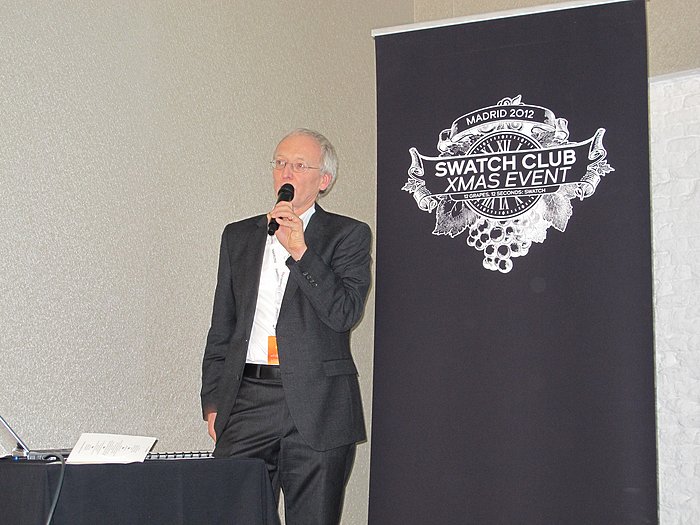 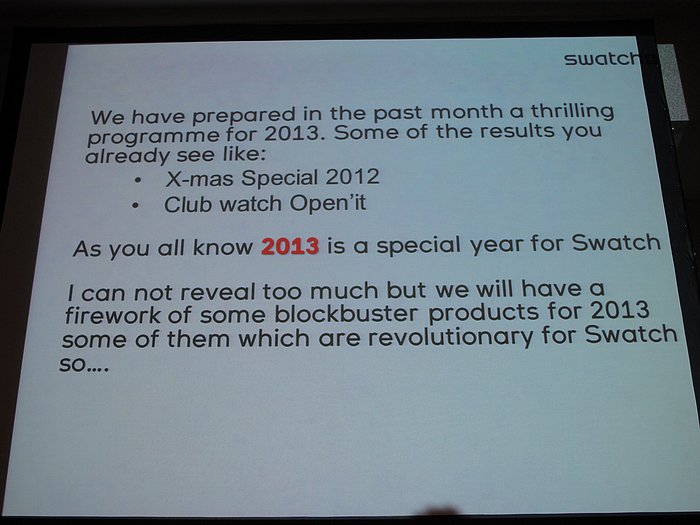 Enid and Sabina had left the club in the last months :-(  (we sadly miss both of them).  But as life has to go on, Reto presented the new team of Swatch The Club Intl. 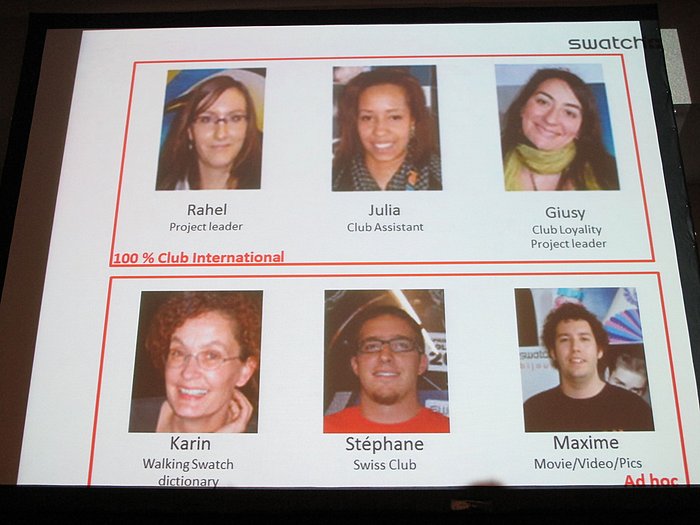 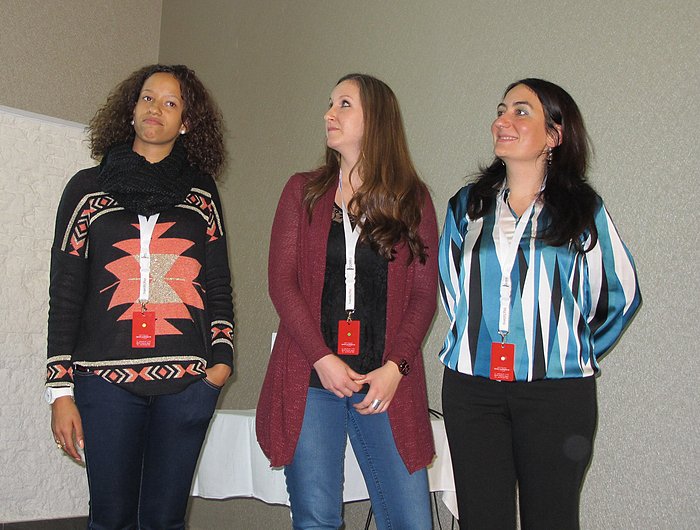 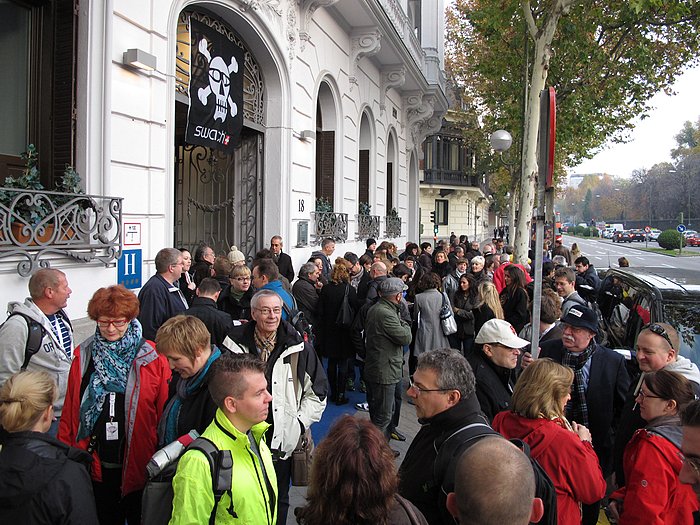 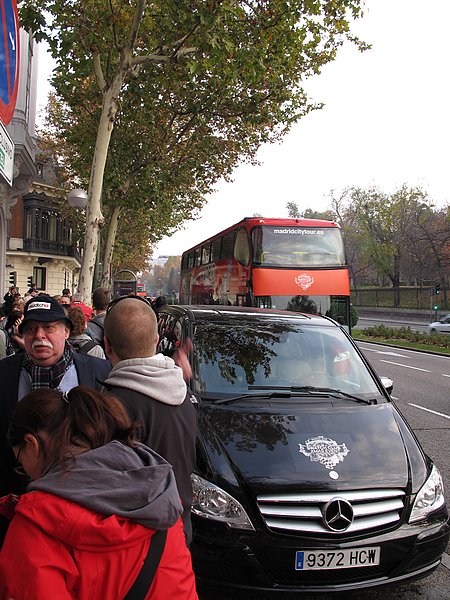 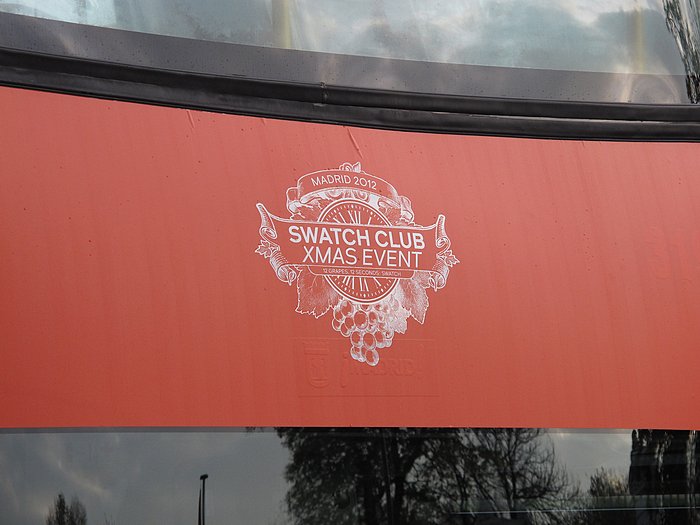 The buses (and many other things during the event) were 'branded' in style... 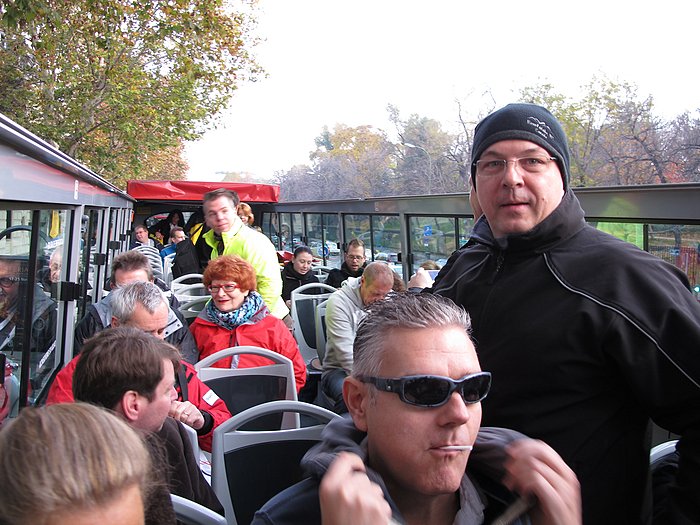 We first went to the North of Madrid and stopped at the Estadio Santiago Bernabéu, home of the famous soccer club Real Madrid. 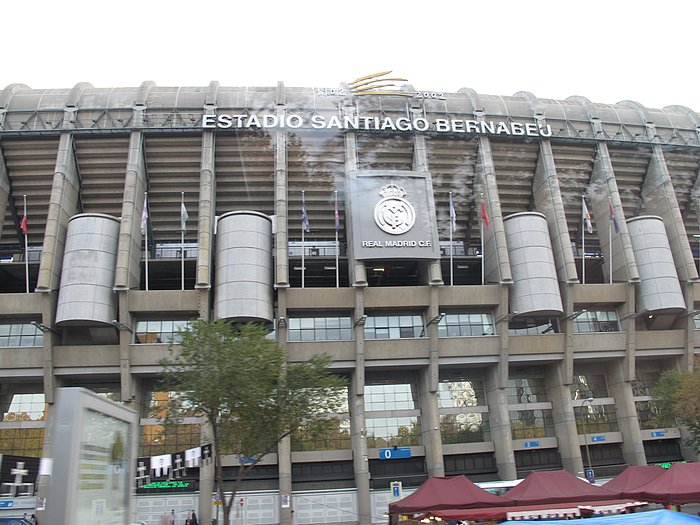