The launch of the Second Club watch 2015 took place in New York City.  17 lucky Gold & Pioneer members from the USA and Europe participated at the event after successfully subscribing via email to the Club.

We met on wednesday afternoon at the highly fashionable **** Hudson hotel near Columbus circle at the south west corner of Central Park.  Swatch had chosen a very busy week in NYC as New York Fashion Week was held during that time.  Apparently, quite a few participants of the New York Fashion Week stayed at the hotel, there were many young and beautiful faces to be seen (except ours :-) 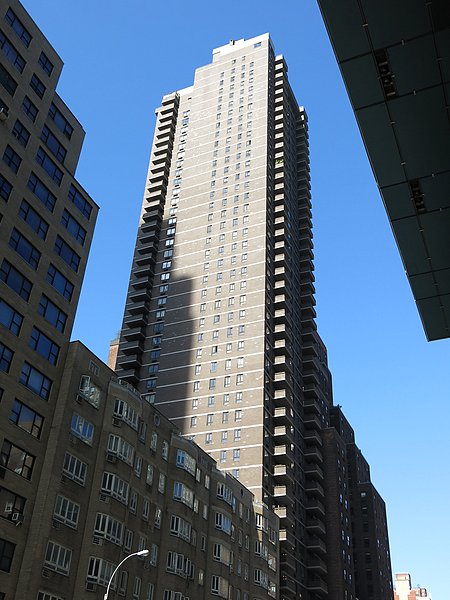 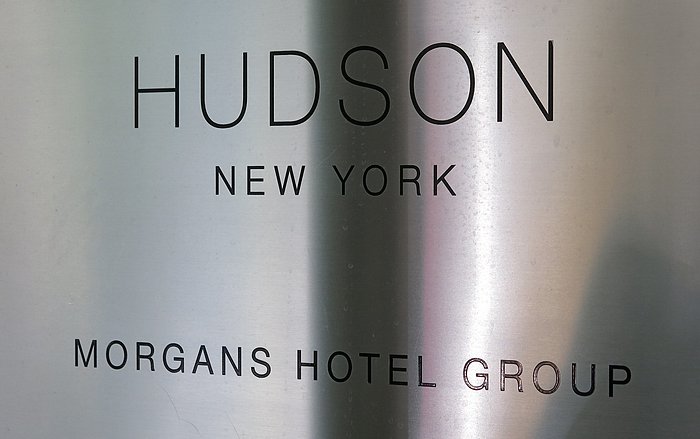 Before the official start of the event, we had a few hours spare time, so Brian took us for a gallery tour in the Chelsea area.  He had chosen two great galleries with very interesting exhibitions.

The first visit took us to the Paula Cooper Gallery where a phantastic installation by Christian Marclay was shown (and some of his artworks): 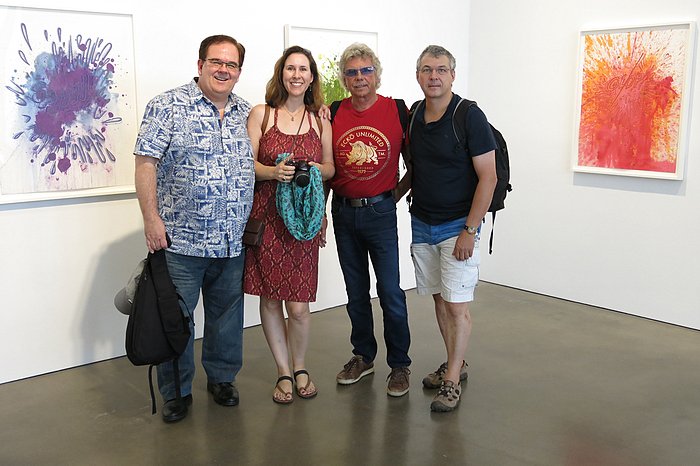 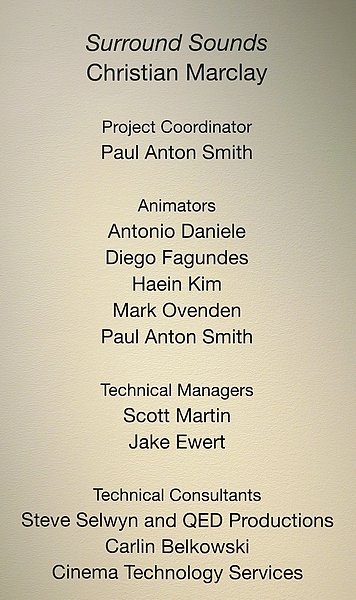 It is hard to describe this installation from the pictures alone, all I can say is that it is truly "immersive".  Large moving video (comic snippets as you can see down below) but no noise or sound at all.  Superb!  More pictures from the installation can be found here. 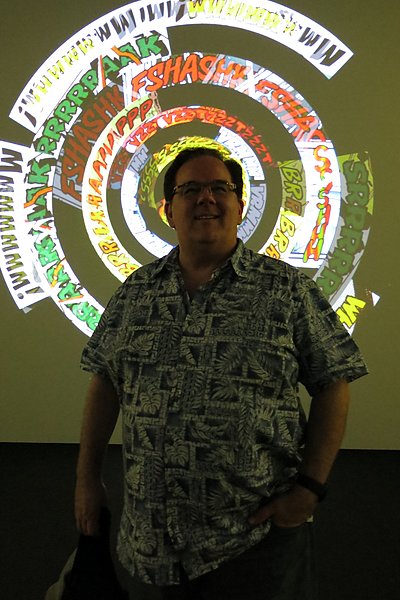 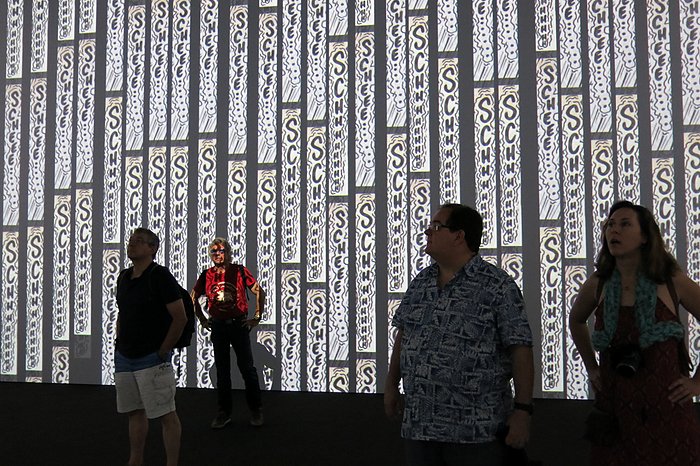 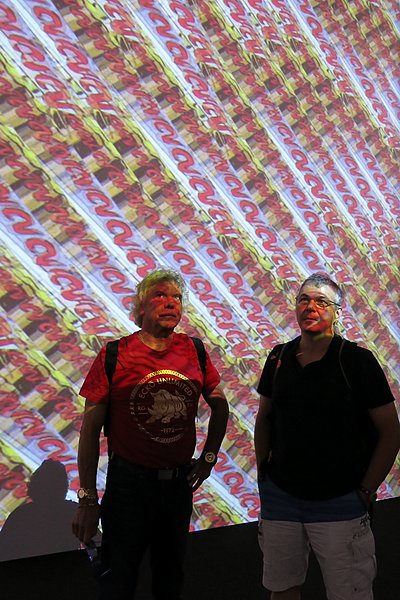 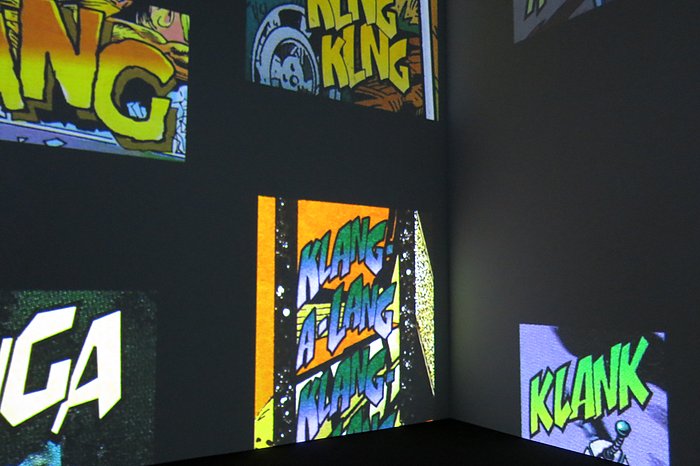 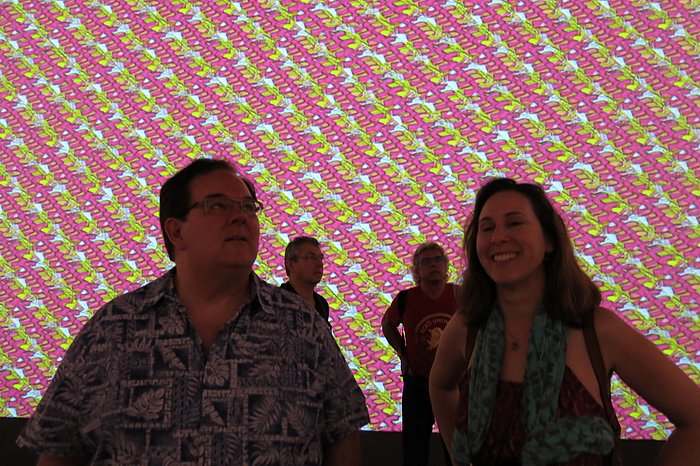 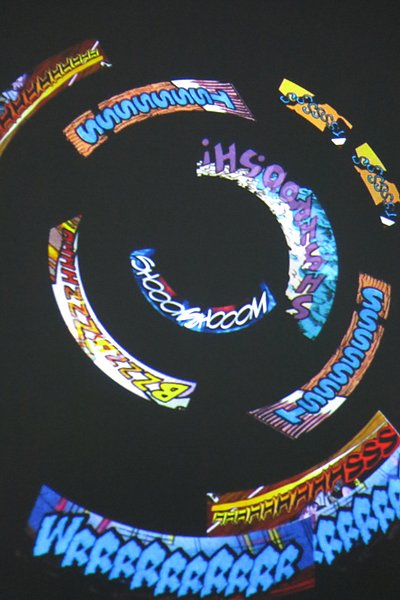 Afterwards, we walked three blocks to the famous Gagosian Gallery. 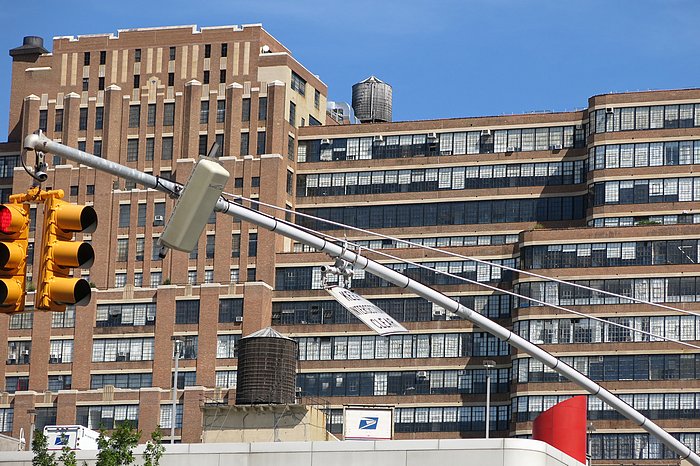 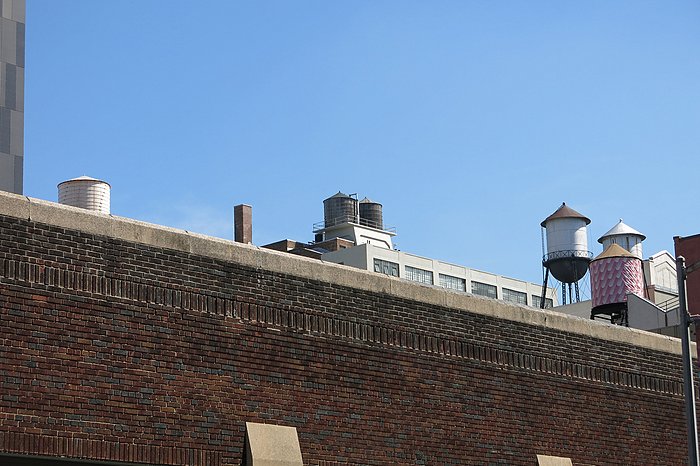 The painted watertank is designed by Swatch artist Sigrid Calon!

A replica of the Greene Street Mural by Roy Lichtenstein is on display from 10-SEP to 17-OCT.  In keeping with the spirit of the original project, the replica will be destroyed at the close of the exhibition.  More details below.  It was not allowed to take pictures of the original paintings, we could only photograph the giant replica wall.  Nice! 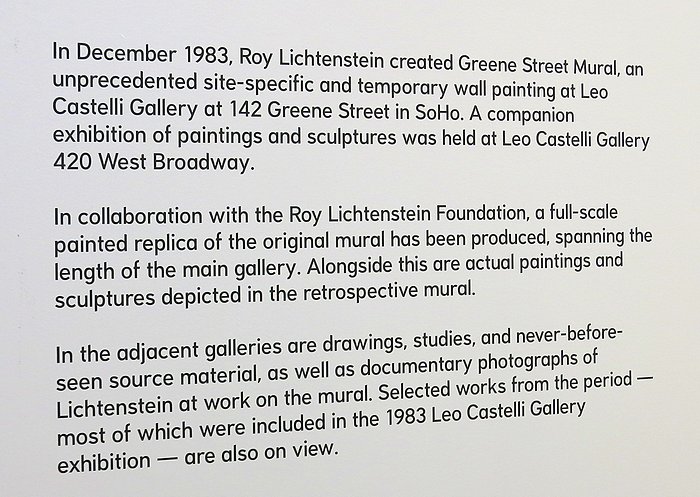 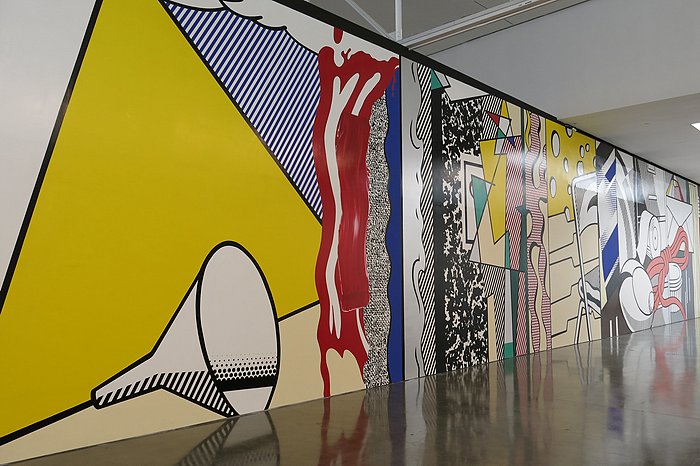 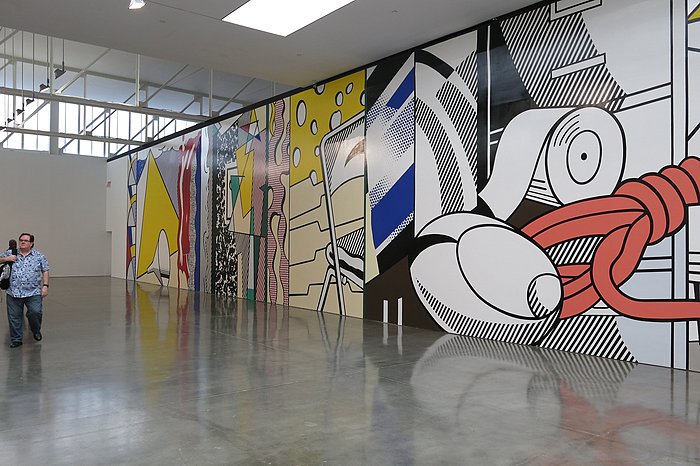 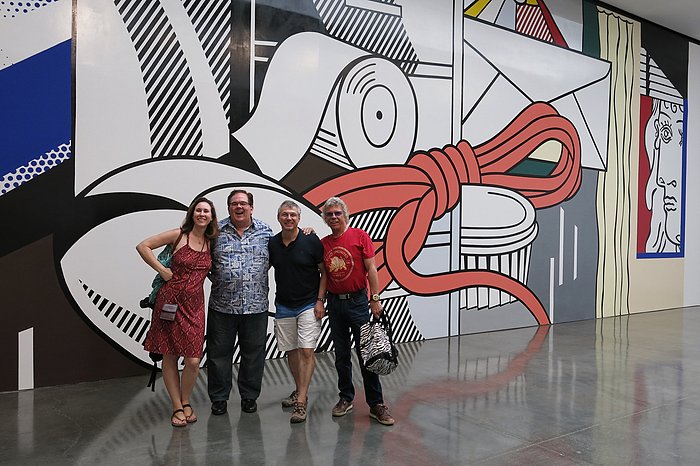 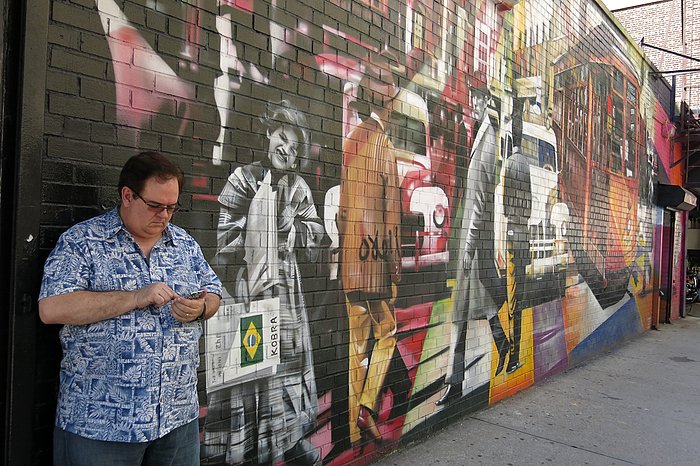 Thanks again, Brian, for this great choice of galleries. As we learned later, there are about 450 galleries in that area in NYC, so it is not an easy choice!  Later, we walked a few meters on the High Line but as we were hungry, it was time for a quick Pizza at Don Giovanni Ristorante. Great food, the service can improve a little... 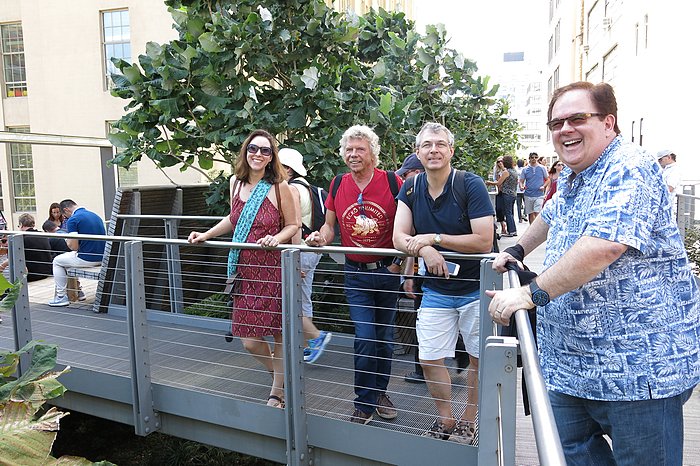 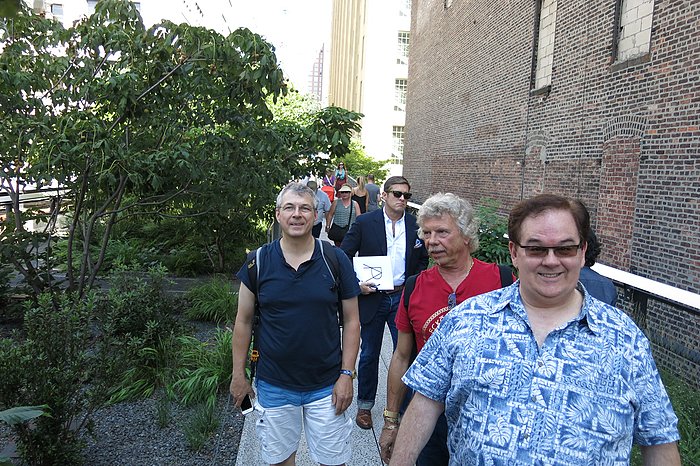 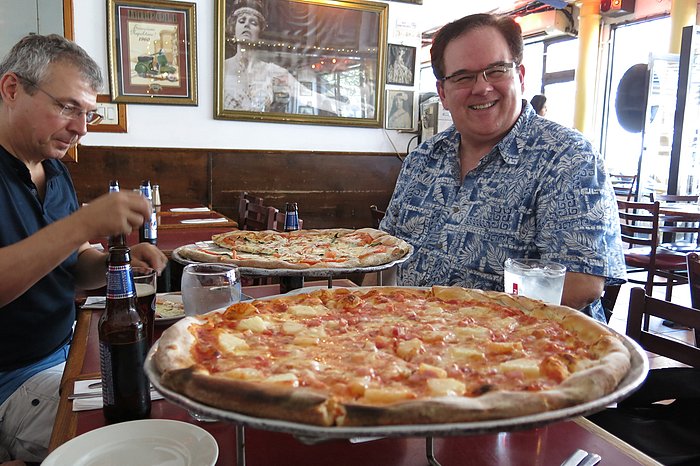 In the afternoon at 3pm, the Club event finally started with a welcome desk at the lobby of the Hudson Hotel.  Time for a first drink at the Tequila Park.  The programme was distributed and Claude (head of Swatch Club International) welcomed us warmly and explained the programme of the next two days to us.  It really felt like a family reunion :-) 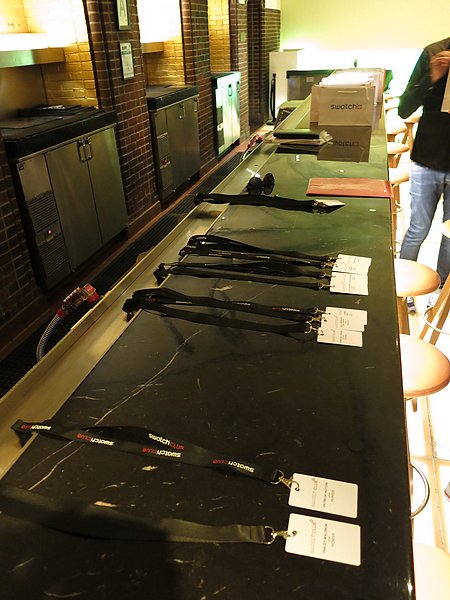 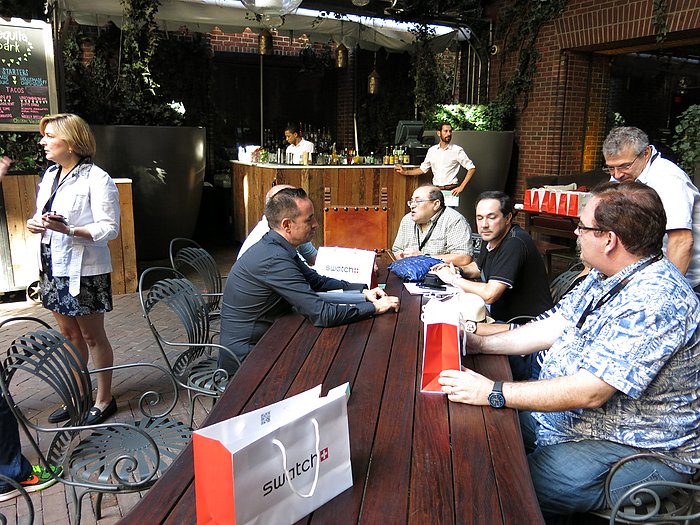 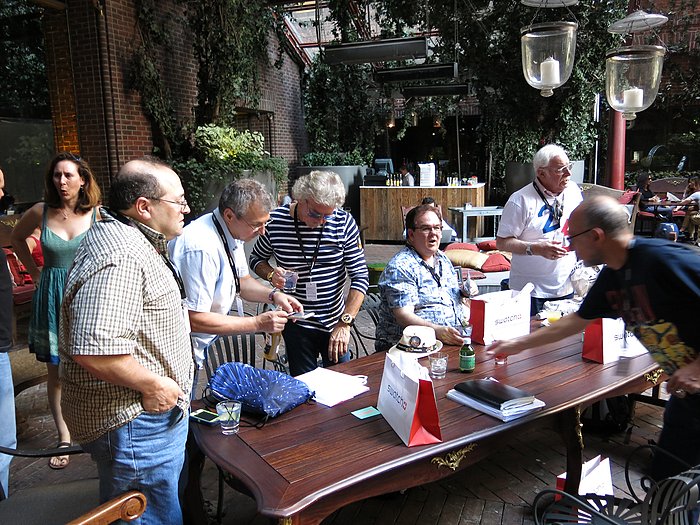 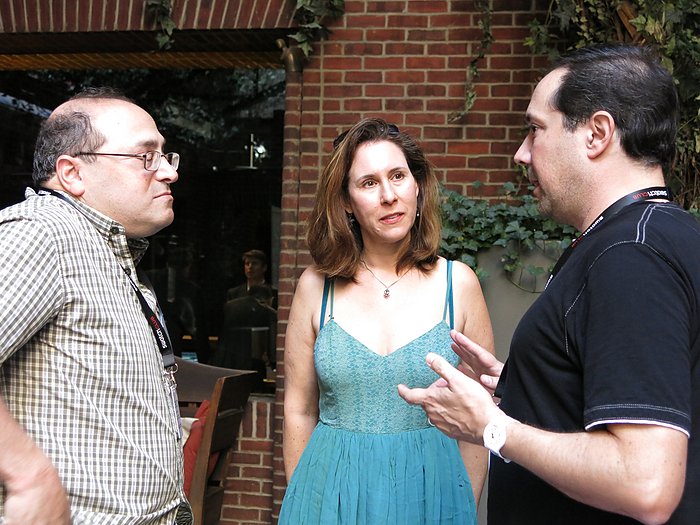 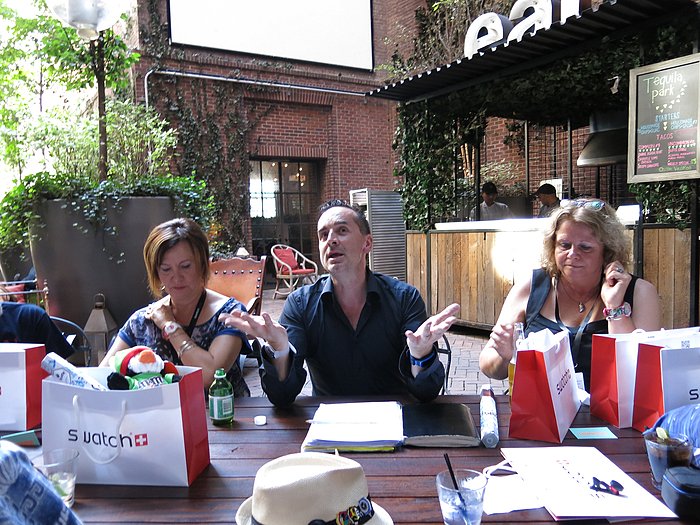 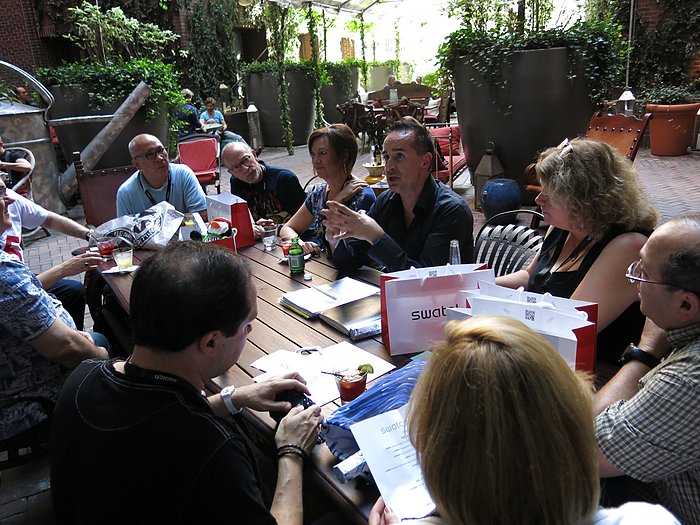 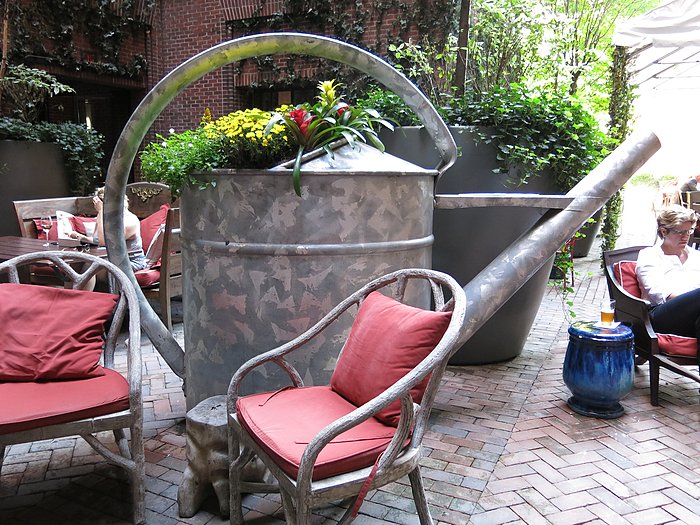 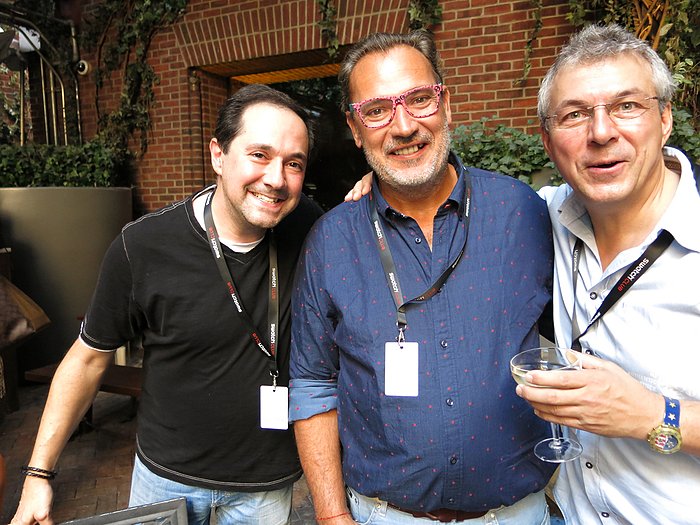 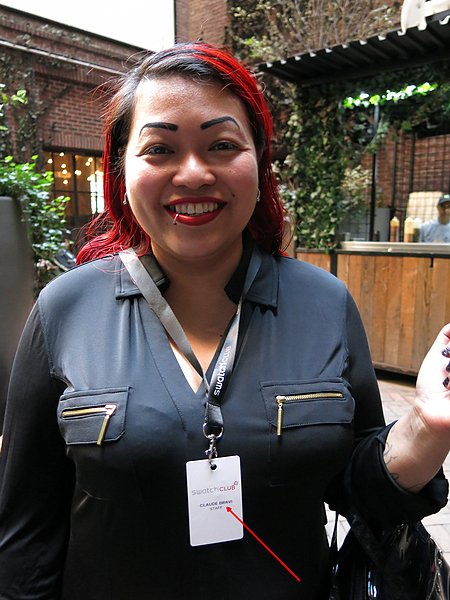 Click here to read part 2 ("Launch of the 2nd Club Watch at the De Buck Gallery and a visit to the Times Square Swatch store") of my New York report.